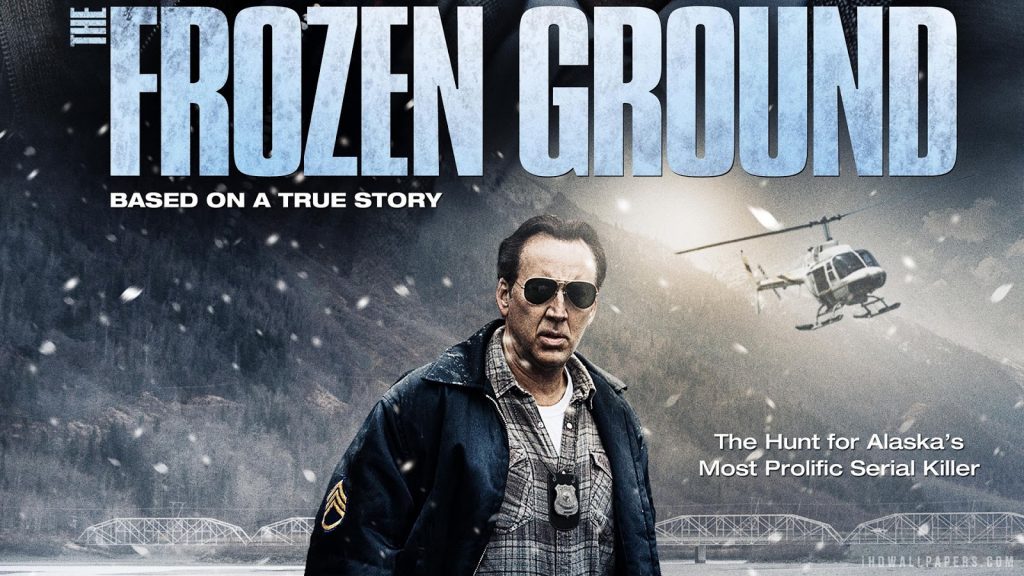 After hanging up his Ghost-Rider leathers, Nicolas Cage returns to a more toned-down role in The Frozen Ground – a tense serial killer thriller that sees him star alongside John Cussack and Vanessa Hudgens. It serves as an impressive feature-length debut from New Zealand-born director Scott Walker.

Based on a real case from the 1980s, The Frozen Ground follows an Alaska state trooper (Cage) as he attempts to hunt down and bring serial killer Robert Hansen (Cussack) to justice. In order to do this, he must team-up with young-prostitute Cindy Paulson (Hudgens), however Hansen does not intend on going down without a fight.

Enthusiasts of serial killer thrillers will have seen this narrative before but Walker packs his feature with enough twists and turns to keep things suitably engrossing. One major difference that The Frozen Ground makes to traditional genre fare is that Cage’s Sergeant Jack Halcombe knows who the killer is from the onset – we watch as he tries to find evidence and capture Hansen – a man regarded as a pillar of the community by those around him unaware of his extreme nature. This narrative style is particularly effective at drawing audiences into the storyline desperate to see this deplorable man convicted.

The Frozen Ground does not hold back on the grizzly details and can be quite an extreme watch. Scenes of young women being chained and abused in Hansen’s lair can be particularly hard hitting. Even more so are Hansen’s methods for dispatching of his victims – releasing them into the Alaskan wilderness and methodically hunting them with a rifle. John Cussack elevates this role from your bog-standard serial killer through a calm, yet unspeakably macabre performance and is undoubtedly one of the film’s most impressive elements.
Most of the feature follows a cat and mouse structure portraying Hansen hunting down Paulson – his only surviving victim, as they are both shadowed by Halcombe. The strip-clubs and dingy streets of the Alaskan underworld make a suitably dark and seedy backdrop for this tale to unfold on – and Walker packs these scenes with a brooding atmosphere and taut sense of tension.

Nicolas Cage leads the feature with a grounded and particularly watchable performance. This is unlikely to be regarded as one of his most iconic roles yet it still makes a solid watch with Cage packing Halcombe, a character that could have been quite generic, with a highly-charged energy and some welcome Cage-isms. Vanessa Hudgens continues to shed off her teen-friendly image in the role of Cindy – a broken young prostitute, haunted and stalked by the depraved Hansen.

The Frozen Ground is a by-the-numbers serial killer thriller elevated by some excellent performances and Walker’ direction that is packed with an unnerving tension.