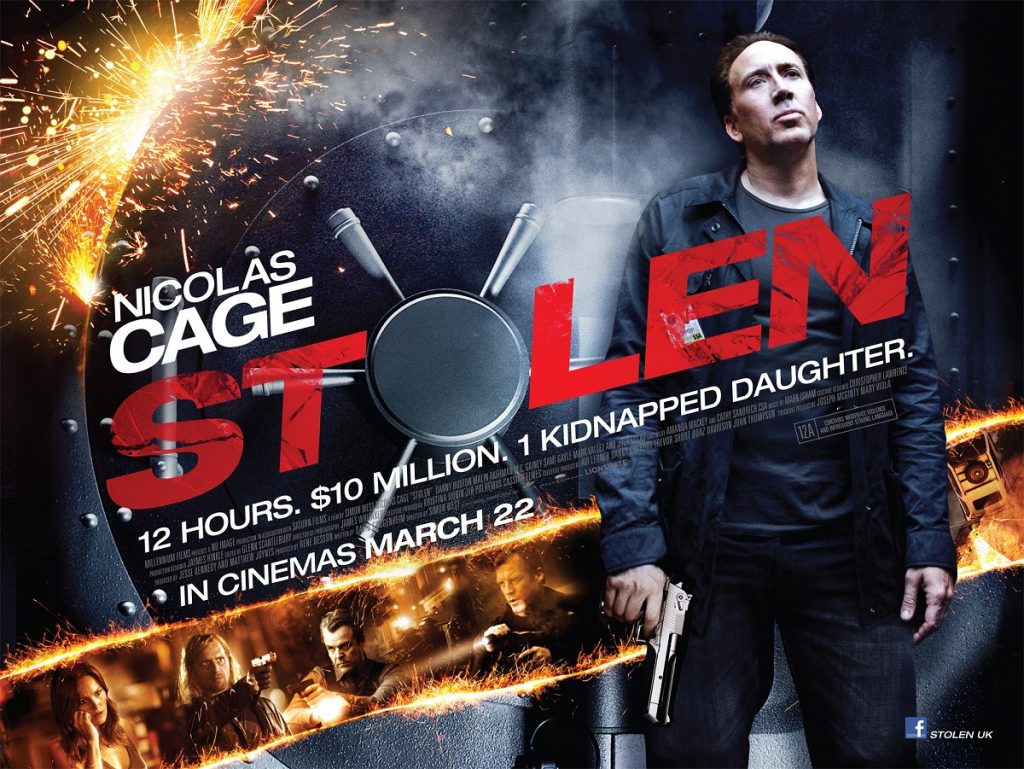 Say what you like about Nicolas Cage, but no one can deny that he is one of the most captivating actors of our generation. In recent years his career may have suffered a few misfires (Knowing, Next), but there are also countless forgotten gems in there too (Bad Lieutenant, Drive Angry). Falling into the latter of these categories is Cage’s latest home video release, Stolen, which teams him up with action director Simon West (Con Air, The Expendables 2).

Stolen follows Will (Cage), a former thief whose daughter is kidnapped by Vincent, an ex-partner (Josh Lucas) with a grudge. Vincent demands the $10 million haul from the robbery that resulted in Will’s imprisonment eight years prior.

Compared to West’s previous feature, the action overload that was The Expendables 2, Stolen is a slightly more scaled-back and focused watch. Screenwriter Steven Guggenheim centres the film around a few key set-pieces – from bank robberies to car chases – that we’ve all seen countless times before. Fortunately with the professional West at the helm, these action scenes retain a watchability with the director handling them with a firm sense of competence and tension.

Stolen is also packed with a selection of characters that will feel immediately recognisable to viewers, but each actor remains convincing within their roles. Cage’s ex-con trying to do good, Danny Huston’s likeable detective, and Josh Lucas’ hammy villain with a grudge are all characters we know well – yet each actor brings a sense of vitality and energy to Stolen.

Stolen is a refreshingly nostalgic watch – from its Mission Impossible-esque score to it’s New Orleansian setting – everything is comfortingly familiar. Not every action film has to be The Raid and break cinematic boundaries, it is sometimes enjoyable to watch a slice of fun, formulaic entertainment and that’s exactly what Stolen is.

You can buy Stolen here.