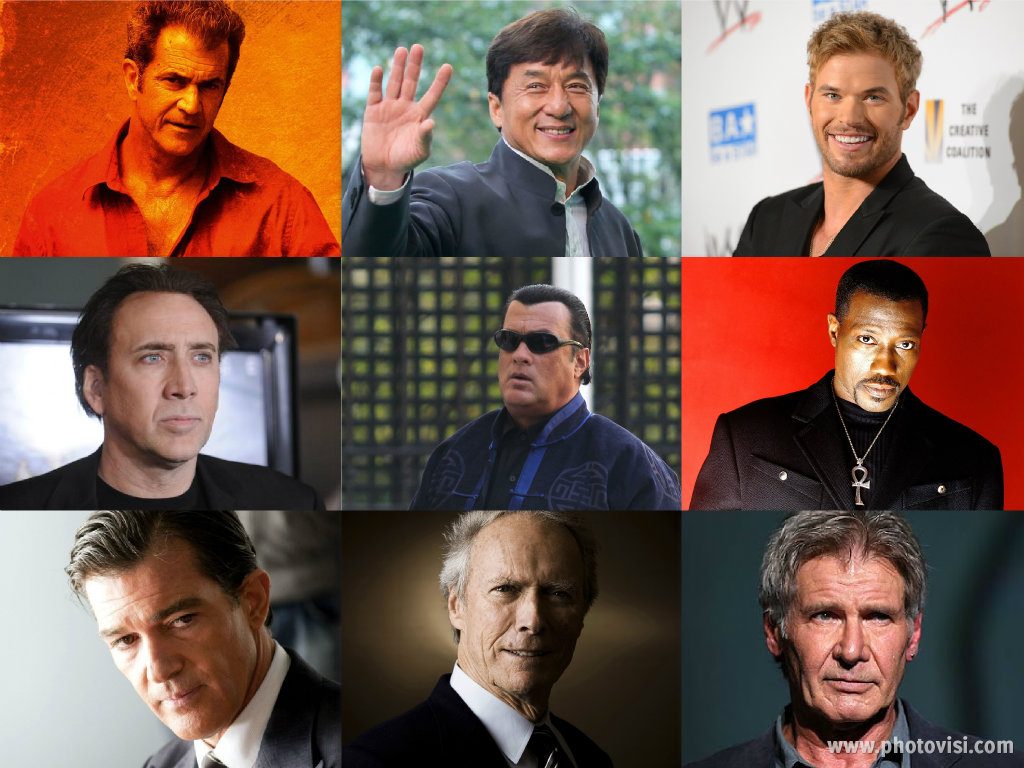 The Expendables 2 was one of our cinematic highlights of 2012. Like many an action fanboy, we thought it was sheer joy to see such a huge array of action icons battle it out in such a nostalgic and downright fun arena. The film’s success inevitably means that Sylvester and Co. are on their way back for The Expendables 3, with Aussie director Patrick Hughes (the supreme Red Hill) taking the reins.

Sly hopes this will be the biggest and best Expendables film yet and has been chucking names out there left right and centre of his pals that he hopes can join him. We’ve deciphered Sly’s ramblings to provide you with this simple article on who is/isn’t on board for his anticipated action sequel.

Harrison Ford
(The Fugitive, Airforce One, Raiders of the Lost Ark)


Status: IN – Sly has finally bagged one of his most-wanted Expendables after tweeting that Harrison Ford would be in the film. It’s thought that Ford will take on a similar role to Willis’s Mr. Church given how easily the former was replaced.
What Sly Says:


Status: MOST LIKELY IN – Perhaps the most surprising addition to the series is Mel Gibson (someone who Sly originally suggested as a potential director for the third entry). It appears that Mel may be following in JCVD’s footsteps and taking on the role of series villain.
What Sly Says:

Status: IN – After serving some time in prison for tax fraud, Wesley appears ready to get back on the big screen with the help of old pal and Demolition Man co-star Sly.
What Sly Says:


Status: IN – After dissapearing for the film’s second entry it appears Mickey Rourke will be reprising his role as Tool.
What Sly Says:

Jackie Chan
(Rush Hour, Who Am I, Crime Story)

Status: IN – Jackie appears to have a decent sized role in the film after noting at the press conference for Chinese Zodiac that he agreed on the condition that he will be appearing as more than just a minor role.
What Sly Says:

Status: IN – Stallone has desperate for some young blood in The Expendables 3 (which the last entry arguably had in Liam Hemsworth & Yu Nan) and he seems to have found this in Rousey & Ortiz, two young American fighters.
What Sly Says:

Status: MOST LIKELY – One of the higher profile young stars to be rumoured is former Twilight heartthrob Kellan Lutz who will reportedly lead a band of young fighters who clash with Stallone’s crew – yet will inevitably team up in the film’s conclusion.

Steven Seagal
(Under Siege, Nico, Fire Down Below)

Status: MOST LIKELY – After initially tweetng there would be no Seagal in March, Sly seems to have backtracked – most recently tweeting in May that Seagal is interested. The actor has been one of the most difficult members to get on board due to bad blood with series producer Avi Lerner.
What Sly Says:

Just talked to STEVEN S. in Moscow …Sounds great and says he wants to be in EX3, if the part fits….
— Sylvester Stallone (@TheSlyStallone) May 19, 2013

Status: MOST LIKELY – Sly has been after a few kick ass females to join the cast of The Expendables 3 and there are few actresses that suit that better than Milla Jovovich. Jovovich’s name first appeared alongside Snipes, Cage and Chan – yet the actress has made no official comment. Terry Crews has been speaking about her involvement so we’re thinking chances are pretty high that she’ll be involved.
What Terry Says:
“We needed that female energy, man. We needed that. it was really getting to be a bit of a guy fest…”

Status: PROBABLY NOT – We know he was on Stallone’s wishlist and was confirmed by the Rocky star last year, yet Cage himself has denied this involvement.
What Cage Says: He told Den of Geek “I don’t think I’m in Expendables 3. And I like those guys [Sylvester Stallone, etc.], but I would say it would be highly unlikely that I’d be in that movie.”

Antonio Banderas
(Desperado, The Mask of Zorro, The 13th Warrior)


Status: PROBABLY NOT – It seems that the suggestion might have been Sly simply thinking out loud. Banderas doesn’t seem to have made any comment since the actor’s tweet on the 3rd of May 2013, but hey, he’d be a great addition.
What Sly Says:

Status: PROBABLY NOT – Jean Claude had the time of his living filming The Expendables 2 and has made no secret that he would love to return. He has suggested that Stallone includes Jean Vilain’s twin brother in the sequel – which we would love. But given the bulging cast of the film it does not seem likely.

Status: HUGELY UNLIKELY – He’s another action icon on Sly’s wishlist but Clint has been pretty coy about any involvement, jokingly stating he would rather direct in the film than star last September. Who knows though, if Sly and co. can get Harrison Ford who is to say they can’t tempt eighty-three year old Eastwood.
What Avi Lerner Said:
“We’ve approached Clint Eastwood to be one of the guys, we’ve got a character in mind for him.”

Status: OUT – It appears Bruce Willis’s bad attitude is continuing to destroy his own reputation after old pal Sly appears to have called up the actor on Twitter.
What Sly Says:

GREEDY AND LAZY …… A SURE FORMULA FOR CAREER FAILURE
— Sylvester Stallone (@TheSlyStallone) August 6, 2013

Status: OUT – Chuck has made it quite clear that he only joined the party for The Expendables 2 and that his action film days are pretty much over. That’s disappointing as his cameo was one of the second film’s finest elements.
What Chuck Says:
“Nope. Just number 2. This is it for me…Oh, yeah. This is very special. Just to be able to do the film with guys I’ve known for many, many years.”

So providing all goes to plan the cast for Stallone’s The Expendables 3 is stuffed to the brim. There are sure to be some solid announcements over the coming weeks with the feature soon heading into production. We’d also chuck Carl Weathers and Michael Biehn into the mix.

2 thoughts on “So How is The Expendables 3 Shaping Up?”