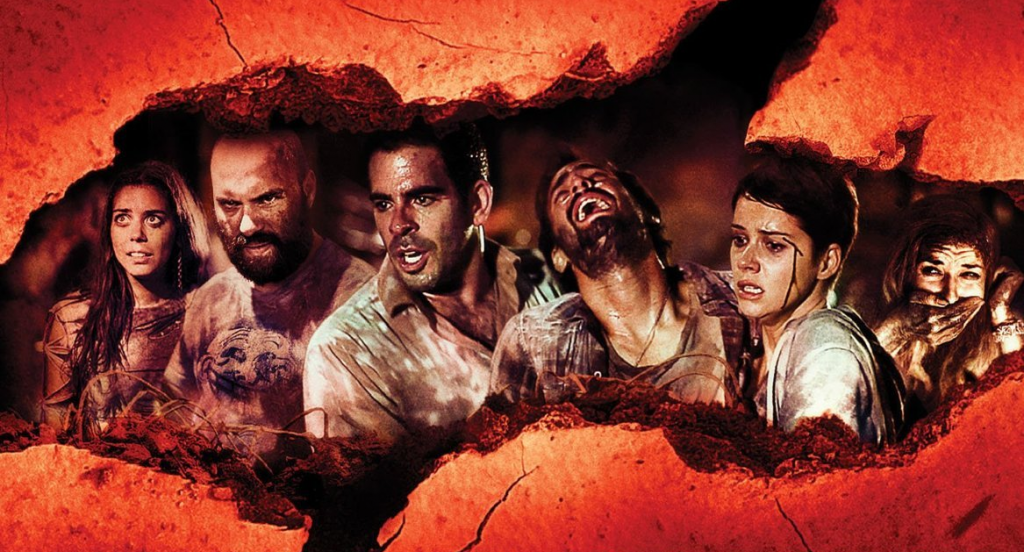 After his spine-tingling nasty debut Cabin Fever, Eli Roth has fast become one of the most prominent figures in modern horror. However, 2013 has certainly not been a vintage year after producing the incredibly disappointing The Last Exorcism Part II. His second feature this year, Aftershock, a collaboration with Chilean filmmaker Nicolas Lopez does have certain redeeming features but is a far cry from his previous projects.

Aftershock follows an American backpacker (Roth) in Chile, who alongside a group of friends is caught in a gruesome earthquake whilst clubbing. This results in a collapse in the local prison leaving ruthless criminals to terrorise the broken streets.

Aftershock sticks to a similar format to many ‘backpackers in peril’ horror flicks, opening capturing the idyllic and charming Chilean setting – which is ultimately seen in a darker light post-earthquake. Here you can expect the traditional culture-clash elements between Eli Roth’s Gringo and his South American pals – and whilst sticking to a rigid format there is a convincing rapport between the performers.

The earthquake sequence is the strongest element of Aftershock . Lopez directs the scene with a frantic energy as club-goers run from crumbling architecture, falling lights and smashing bottles – all set against a pulsating neon glow. What follows are a series of gore-soaked sequences and injuries which may impress the Hostel-crowd but are unlikely to have much of an impact on the average viewer or even the hardened horror fan.

After this well-shot and somewhat original setting and sequence it’s sad to see that Aftershockgoes down the route of generic survival horror. The narrative ultimately follows the surviving tourists attempting to avoid the recently-escaped prisoners who seem intent on causing as much carnage as possible. This leads to a variety of attempts to shock the viewer from rape sequences to people being set aflame – none of which have any effect but to make the viewer feel a bit nasty.

This narrative also contains a plot twist that viewers are likely to see coming from a mile-off which is unveiled in the film’s church set conclusion. Whilst Aftershock may feel formulaic and predictable for the most part, Lopez’s film ends on an amusingly dark shot which is likely to impress regular viewers of horror films.

Aftershock sticks to a rather rigid and predictable formula despite getting off to a strong start with its Chilean setting, standout Earthquake scene and spirited cast. The film’s expected attempts to shock and predictable carnage are unlikely to move audiences and largely fall flat.