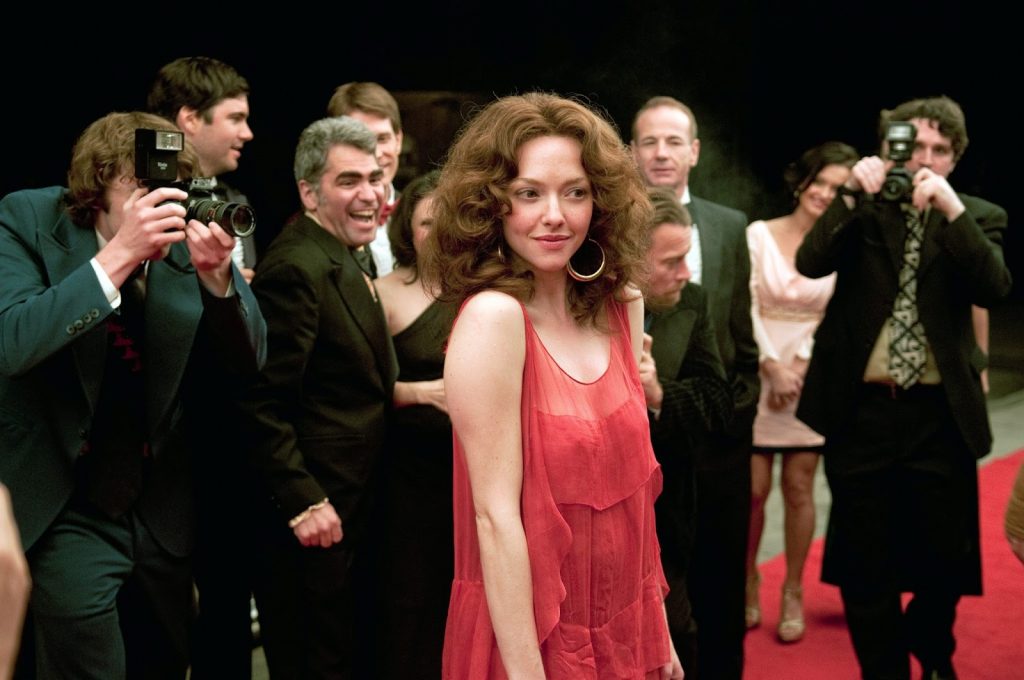 The tragic and little-known story of Deep Throat star Linda Lovelace gets the big screen treatment from The Celluloid Closet filmmakers Rob Epstein and Jeffrey Friedman.

Epstein and Friedman’s feature follows Linda’s (Amanda Seyfried) initial romance with her future manager Chuck Traynor (Peter Sarsgaard) and how she is pressured into starring in Deep Throat. The feature also explores Traynor’s violent and abusive behaviour towards the star, set against the backdrop of her new found fame.

Those hoping for a kitsch, glitzy look at the seventies porn industry may be taken aback by the fragile, often harrowing nature of Lovelace. Andy Bellin cleverly scripts the feature with the first half showcasing how Linda and Chuck’s relationship appears to those around them – warm and carefree. However, there are occasional dark undertones burning through – from Chuck’s piercing stares to Linda’s make-up artist noticing unexplained bruises on the star. Bellin’s screenplay delves into the darker side of the pairing in its latter half – showing us the abuse that Linda suffered at the hands of Chuck. Here scenes are recounted with added impact – delivering what ultimately feels like a deep and comprehensive picture of Linda’s early life and marriage.

It is Seyfried who is key to the emotional impact of Lovelace. The actress impresses in a quiet, fragile performance whilst also managing to capture the wholesome yet sexy demeanour that made Linda such a star. Sarsgaard also excels as Traynor – an equally broken character who seeks to exploit his vulnerable wife. An unrecognisable Sharon Stone and Robert Patrick also manages to leave a lasting impression as Linda’s hurt parents, as does James Franco in a smaller cameo role as Hugh Hefner.

Lovelace is an intelligently-crafted and emotionally raw look at the life of Linda Lovelace that simultaneously captures the glitz and sleaze of the porn-industry, perfectly showcased through a sublime performance from Amanda Seyfried.