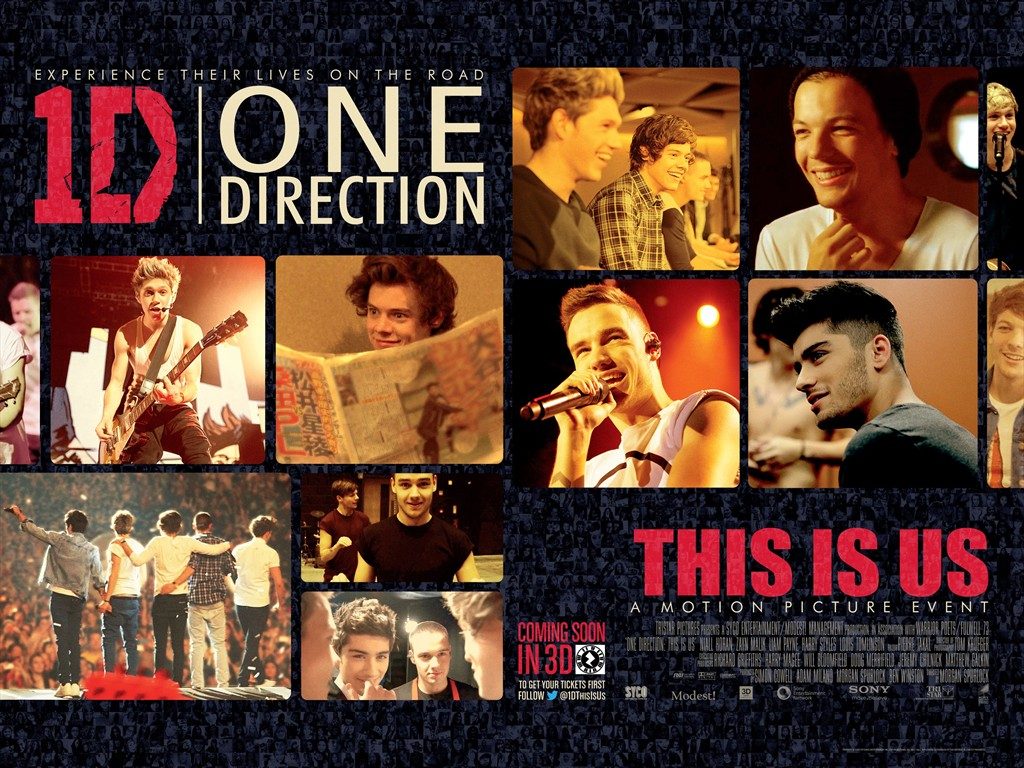 There is little a review can do to influence your opinion on a film that centres around a musical act like One Direction: This Is Us. These films are for the fans, just as we have seen with past releases like Katy Perry: Part of Me and Michael Jackson’s This Is It. On this basis, it’s hard to knock This Is Us as it’s likely to go down a storm with fans of the What Makes You Beautiful hitmakers.

Directed by Morgan Spurlock, the feature is split into part concert-film and part musical documentary that chronicles how One Direction went from The X-Factor to global stardom akin to such other pop phenomenons as The Beatles and The Osmonds.

Unlike Spurlock’s other features the director does not appear on camera (embarrassment perhaps?) and instead lets Harry, Liam, Louis, Niall, and Zayn tell their story. The film follows the traditional rags to riches story capturing slices of the group’s home lives paralleled with their manic schedules, screaming fans and globetrotting. This is intercut with performance footage from the group’s most recent tour with some impressive 3D touches and slick colourful imagery.

There’s really little to This Is Us apart from showcasing that the boys are “nice lads” – Spurlock’s film is somewhat basic on a narrative level with no tension or revelations about the band. However, it does serve as a snapshot of fan-culture today and sparks immediately parallels with the time of Beatlemania. The most interesting element of the film to a casual viewer is seeing the chaos and fanfare that the boys have on the outside world – perfectly summed up in one sequence where word spreads that the group are shopping, followed by hordes of screaming fans arriving within minutes. Spurlock makes no real comment about celebrity culture but it’s interesting nonetheless to see how extreme it can be.

Fans of the band are likely to fall further in love with their idols as there is fun to be had watching the camaraderie of these five normal British/Irish boys surrounded by this madness, yet all appear to be rather grounded.

Casual viewers may notice the clammy hands of producer Simon Cowell manipulating the film – and one might argue exaggerating just how big One Direction actually are, however, this is unlikely to change fan enjoyment of the film. There’s even a cameo from Martin Scorsese, who claims to like the group, and if they’re good enough for Marty, then I guess we can cope with them too.

Arguably more of a concert film than an insightful documentary, the slick and occasionally amusing This Is Us is likely to be a hit with One Direction fans yet will be unlikely to move casual viewers.