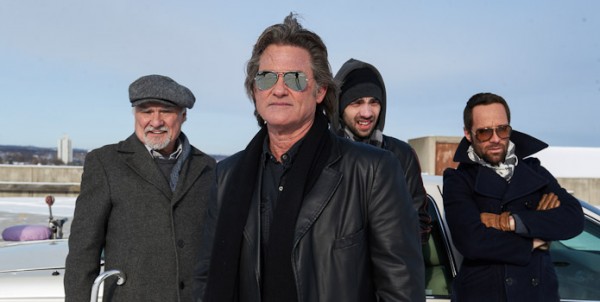 Kurt Russell went back under the radar after 2007’s Death Proof despite the film being a strong comeback of sorts. However, this September we will see him back in his first leading role since his collaboration with Quentin Tarantino six years ago… albeit one that does not look particularly promising.

The Art of the Steal looks like your by the numbers heist-comedy, despite boasting such solid talents as Russell, Jay Baruchel, Matt Dillon, and Terence Stamp. Jonathan Sobol’s feature centres around a struggling motorcycle daredevil who turns art-thief afters he teams up with his criminal half-brother.

We’re hoping that The Art of the Steal exceeds our expectations – after all the trailer does show Terence Stamp transfixed by a model vagina, so it could be a modern masterpiece. Although it’s clear this would work far better as Russell-Goldie Hawn vehicle.

The Art of the Steal hits Canadian cinemas on September 20th. US, UK and European release dates have yet to be announced.