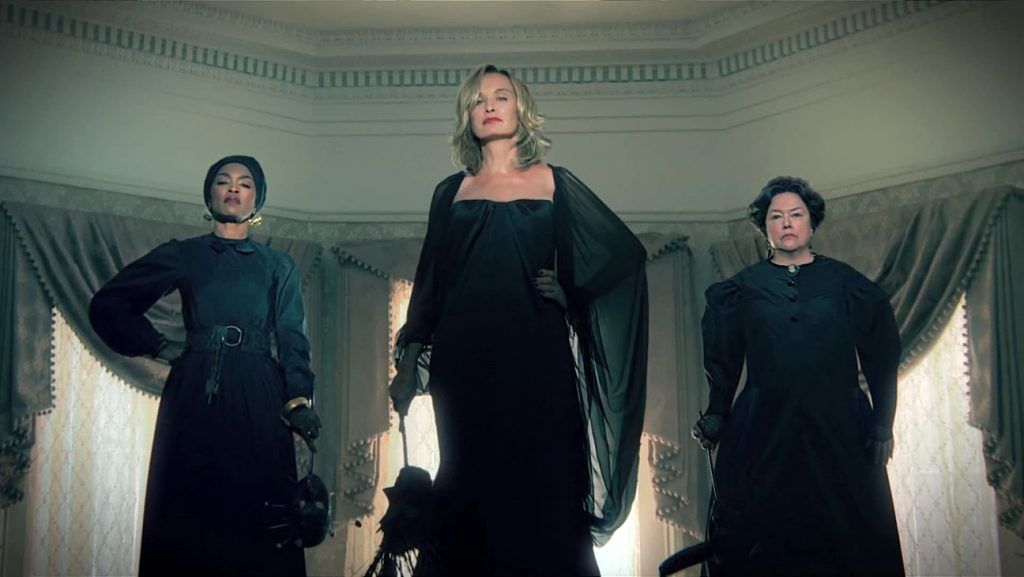 Regular readers may remember our unpalatable excitement prior to last year’s American Horror Story: Asylum which proved be the TV highlight of 2012 (need we bring up this again?) – so it will come as no shock to know that we are climbing the walls with excitement for the third season of Ryan Murphy’s ever-popular horror drama.

This modern day horror tale is set three hundred years after the Salem witch trials and follows two feuding sets of witches in New Orleans. Murphy has claimed the series will be much more glamorous, buoyant and comedic this season, slightly gravitating away from the gruesome subtext of Asylum. Although judging by the eerie trailers, it does not seem like it’ll be a huge step away from the horrors of its predecessor.

The past few days have seen a variety of teasers popping up online which we have collected here for you. The series debuts on October 9th in the USA. It is expected to follow a few days later in the UK.