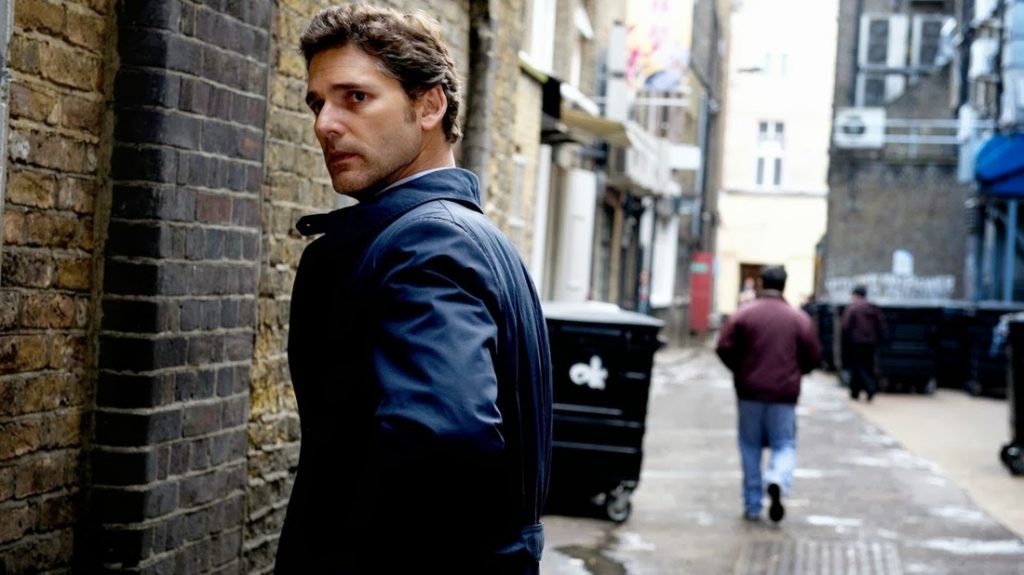 Closed Circuit follows the defence team of the supposed perpetrator of a gruesome terrorist attack on a London market. As the defence council dig deeper into the case, they uncover a wider conspiracy within MI5 and find their own lives at risk.

The opening of Closed Circuit showcases an intriguing premise presenting us with numerous CCTV angles before the attack. You would be wrong to presume that this would have any relevance towards the rest of the feature, other than to serve as a reminder of the British security service’s Orwellian presence throughout the film. Steven Knight’s screenplay gradually turns into a cat and mouse thriller with the criminal defence team attempting to evade MI5, ignoring the promising concept that the titles suggest. Piecing together the attack from the different angles and characters seen in these titles may have made for a more exciting and original premise.

What we are faced with is what feels like an extended version of ITV’s Law and Order UK. The pacing begins slow, before the proceedings venture into over-the-top silliness as the characters uncover suggestions of a Government cover-up – Bana’s barrister is followed by the same taxi everywhere he goes, Rebecca Hall is attacked by drab James Bond henchmen, and Jim Broadbent pops up as creepy Government official. It all feels rather heavy-handed portrait of a security state, never actually managing to be as sleek and clever as it should be.

Director, John Crowley does capture a brooding noir-like charm in the darkened London streets and occasionally chucks the odd surprise on us, but it is usual too little too late in this clunky, often-draining watch. Add a convoluted romantic subplot between Bana and Hall’s barrister characters – packed with dialogue so cliché that it would make a Mills and Boon writer sigh, and you will get an idea as to the disappointment that Closed Circuit is shaping up to be.

Despite this limp screenplay, Bana and Hall are always watchable and remain a grounded presence even when things escalate to outlandishness. Bana’s lone wolf barrister makes for an enjoyably arrogant protagonist, whilst Hall is impressive as his by-the-book colleague. However, it is Riz Ahmed that proves the most charismatic of the cast as an MI5 agent sent to assist (or spy on) Hall’s character.

Closed Circuit should be described as a thriller very loosely, as it is not particular thrilling or interesting. Despite occasional glimpses of an intriguing noirish style and some watchable performances, Closed Circuit gets lost in a clunky, heavy-handed narrative.