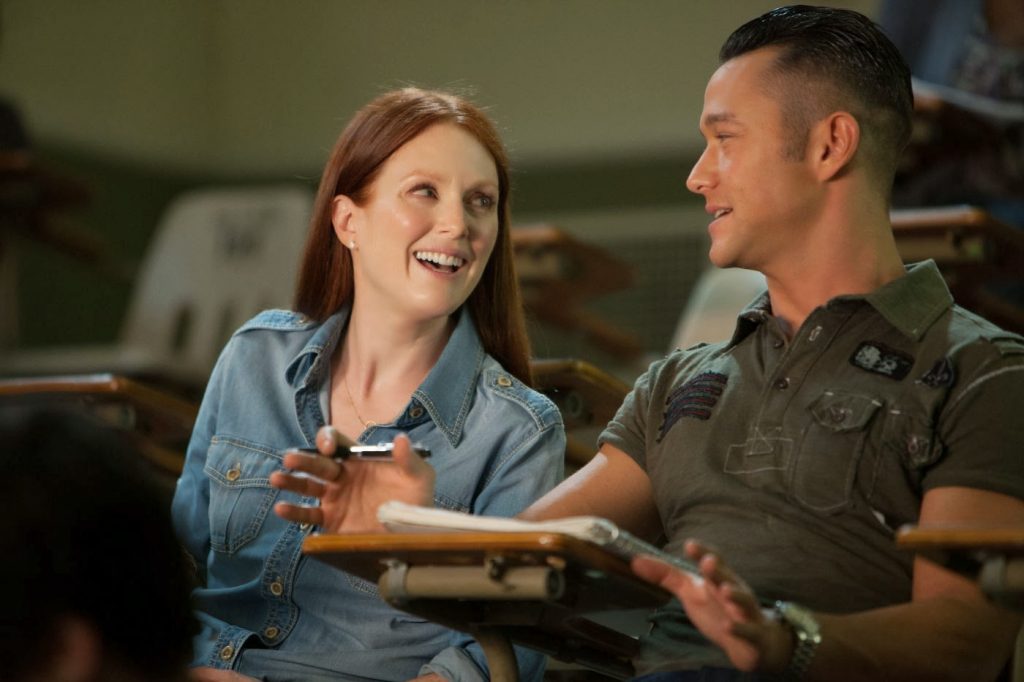 Certainly one of the most likeable actors working today, Joseph Gordon-Levitt has been impressing us since his first television roles (from playing young David Collins in the nineties reboot of Dark Shadows, to appearances in short-lived John Forsythe sitcom, The Powers That Be – and let us not forget the incredibly fun 3rd Rock from the Sun). After carving out a career for himself as a leading man in the likes of Looper and Premium Rush – Gordon-Levitt now steps behind the camera in his impressive directorial debut, Don Jon.

The young actor has crafted an incredibly intelligent satire on society’s tendency to objectify the world, whether it be through our material goods or the objectification of people. Fortunately, Gordon-Levitt never becomes particularly preachy and laces Don Jon with several moments of humour (many of these from Tony Danza and Glenne Headly) and tenderness.
The director films Don Jon with a keen stylistic eye, and all the forthright swagger of the character that he plays. Gordon-Levitt gives an insight into Jon’s addiction by fusing real pornographic clips into the film – a move that works to truly immerse us into Jon’s world, yet is likely to put off slightly more sensitive audiences. In an another stylish move, Gordon-Levitt turns his satirical eye to the world of the Hollywood romance by presenting us with several amusing fictional snippets of the romance film (with Channing Tatum, Anne Hathaway, and Cuba Gooding Jr. making cameos), in order to capture Barbara’s equally unrealistic expectations.
Gordon-Levitt manages to coax some stunning performances from the film’s impressive cast, most notably Scarlett Johansson and Julianne Moore. Whilst Jon’s first impression of Barbara is one of complete desire, Johansson soon unveils a darker, aggressive and less appealing side to the vivacious character – once again subverting audience expectations and challenging our tendency to objectify. The excellent Julianne Moore steals the show here as one of Jon’s night-school classmates who helps him change the way he sees romance. Although a smaller supporting appearance, the vibrant Moore shines in a role that both amuses and showcases her ability to tug at your heartstrings.
At its heart Don Jon is a sincere and hopeful look at romance that tells us to ditch the fascination with Hollywood love-affairs and forget the potent world of online porn, in favour of simply making the most of being in the moment with someone, truly connecting. This message is a charming one (some may say an ironic one as surely this fits the bill of “a Hollywood romance?,” albeit an indie one)
Don Jon is a staggeringly impressive directorial debut from Joseph Gordon-Levitt and certainly has us excited for what’s to come in the future. It is undoubtedly insightful, heartfelt, authentic, edgy, and has just made us love Joseph Gordon-Levitt even more.