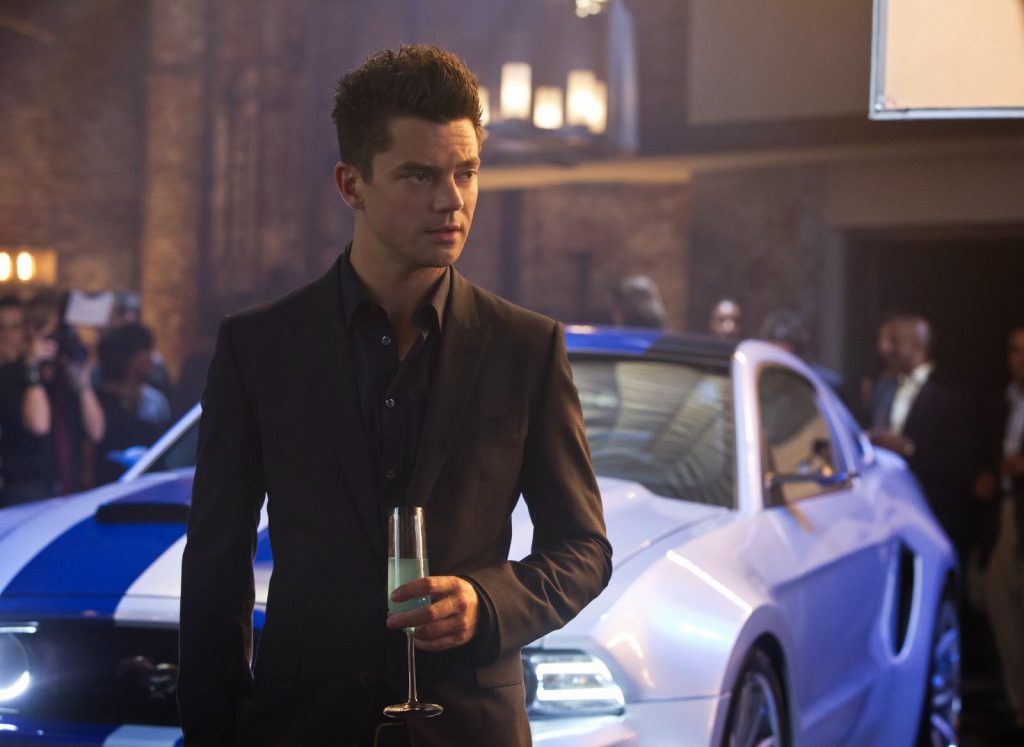 Owl-faced Breaking Bad star, Aaron Paul, gets one of his first leading feature film roles in Need For Speed – a cinematic adaptation of the popular racing video game. Need For Speed appears to be an attempt to kick-start another racing franchise in the vein of the Fast and Furious series. Unfortunately, there’s no Paul Walker in sight.

However, we do get Dominic Cooper, who appears to be taking lead villain duties. Dominic plays a nasty chap who double-crosses his street racing partner. Entertainment One tells us:

Fresh from prison, framed for a crime he didn’t commit, street racer Tobey Marshall (Aaron Paul), is hell bent on settling the score.With revenge at the forefront of his mind, he gears up for the ultimate cross-country race heaving with adrenaline-charged muscle machines and high-octane super cars. When his powerful rival (Dominic Cooper) places a massive bounty on his head, the wheels are set in motion and the race is finally on.

To be honest, we don’t think the Fast franchise has anything to worry about as Need For Speed looks like it’s taking itself a bit too seriously – well until a helicopter starts carrying a car over a canyon.