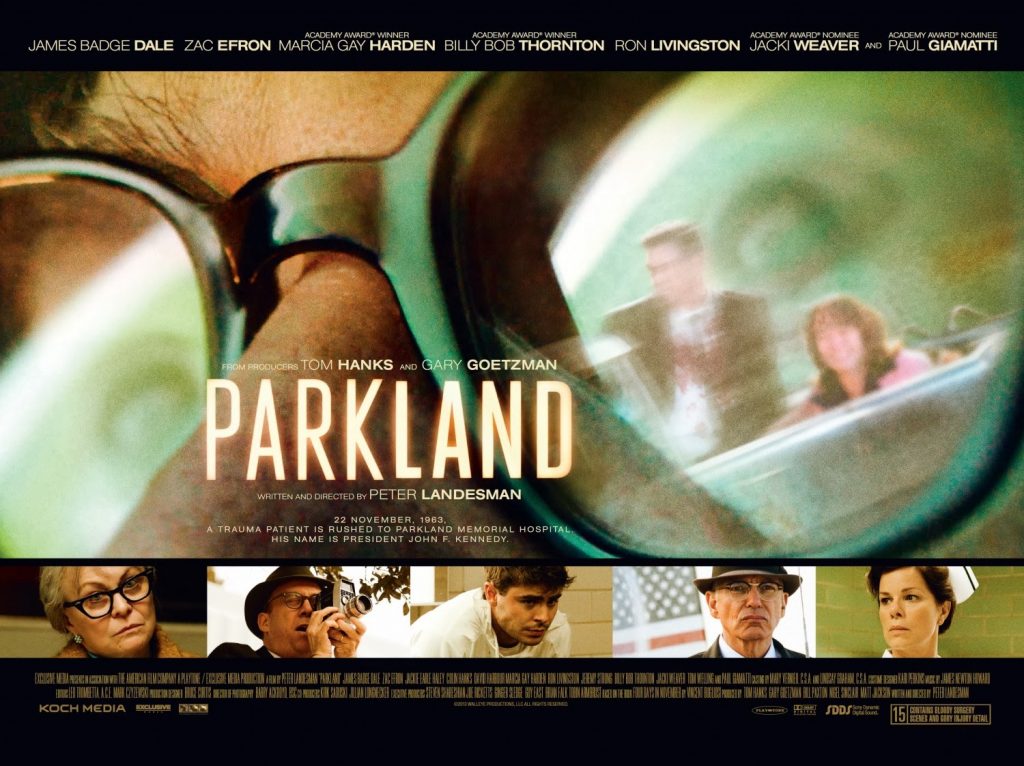 Fifty years to the day that US President John F. Kennedy was shot, cinematic recreation of these events, Parkland, hits UK cinemas. There are little words to describe Peter Landesman’s film other than a vapid, tasteless attraction that is neither compelling or insightful.

This ensemble piece follows the lives of several people who were dragged into the chaotic events spurred on by the assassination of John F. Kennedy in Dallas, Texas. Among those that Parkland follows are a young doctor (Zac Efron), a local man who catches the assassination on film – Abraham Zapruder (Paul Giamatti), and Robert Oswald (James Badge Dale), the brother of assassin Lee Harvey Oswald.

Shot in a manner that is so bitty and frantic, viewers are unlikely to be compelled or emotionally connect with any of the stories in Parkland. Characters and rushed on-and-off the screen like show ponies with far too much going on to grasp any cohesive human element of the story. The talented cast is squandered on undefined roles, characters presented with little to depth that exceeds the surface-level value of their costumes. Despite the fast-paced chaos unfolding on screen, Landesman’s film is remarkably dull and unfocused with a runtime that feels double its stated ninety minutes.

Parkand also feels like a rather tasteless affair, packed with unintentional laughs and toe-curling moments of crass details. Among these are Zac Efron’s young doc pounding on Kennedy’s bloody chest and yelling “No! Leave them on,” when a nurse attempts to remove his boxers (a misguided attempt to give the President some dignity, which Landesman and co. had long since destroyed). There is also a blood-drenched Jackie Kennedy clutching a piece of 35th President’s brain-matter, and Jackie Weaver’s camped-up comic-relief Mrs. Oswald barking in her Southern drawl that her kill-ah son is an und-a-cova spy. There are plenty of occasions when you may question if John Waters and Divine could even have produced a picture of such bad taste.

Why was a film like Parkland was needed? The events of Kennedy’s assassination are heavily-documented in documentary and feature-film form. Not to mention the thousands of magazine articles and online features that have appeared and fed into the assassination and its myths. This is not going to prove insightful to the casual viewer, the history buff, or the conspiracy theorist.

Parkland squanders its impressive cast in this unfocused, tasteless, and boring recreation. With little depth and insight, Parkland can only be described as a mess.