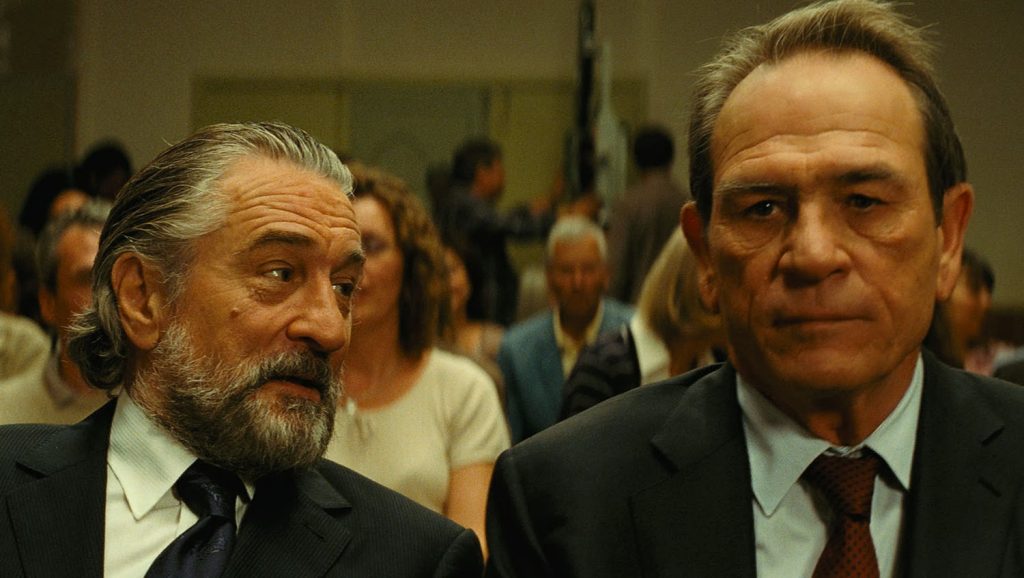 We’re not going to lie, we love an unintentionally bad film every so often (see our earlier re-evaluations of Cold Creek Manor, Basic Instinct 2, and Catwoman) and the great Robert De Niro has become an expert in the art of starring in them. Critics tore apart the likes of Killing Season, The Big Wedding, and Crossfire, like a pack of ravenous dogs with a raw steak. De Niro’s latest, The Family, sees him team-up with (former) cinematic titans Michelle Pfeiffer and Tommy Lee Jones in a film directed by French action guru, Luc Besson, yet even this collaboration fails to buck the star’s recent spell of bad luck.

The Family follows Mafia clan, The Manzonis, as they are relocated to Normandy as part of a witness protection program. However, Giovanni Manzoni (De Niro) and wife, Maggie (Michelle Pfeiffer), find giving up their old mafia habits slighty harder than expected, raising suspicion within the quiet French suburb – much to the annoyance of their protection officer (Tommy Lee Jones).

Whilst there is an undeniable thrill in watching heavyweights De Niro, Lee Jones, and Pfeiffer team-up, The Family feels like a squandered opportunity that is both tonally jarring and fails to hit either its comedic or action marks.  Never amusing enough to be a comedy or exciting enough to be a solid action film, The Family verges on just plain boring.

The characters are crafted in such a blunt and heavy-handed manner that it often leads to the bizarre shifts in The Family’s tone. This is most explicit in Dianna Agron’s character, the daughter of the Manzonis, Belle, who at one moment is ruthlessly beating up-school colleagues with a wooden tennis racket, and the next decides is madly in love with her teacher. Within the space of around five minutes, she is suicidal attempting to take her life by throwing herself of a rooftop. We are given no natural sense of character development or transition, just simply faced with the character placed from one extreme situation to the next in an attempt to spice up the stale narrative. The same can be said for Giovanni, Maggie, and son, Warren (John D’Leo) with each character feeling like a ‘stock mafia role’ – the tough boss, the gutsy wife, and the street smart kid.

To an extent, it is understandable as to why these characters are scripted in such a way, this is after all Besson’s homage to the American gangster film (Goodfellas even gets an explicit cameo here). This may have worked if the film had been injected with a distinct style of its own but ultimately The Family feels vacuous. The closest we get to this style is the odd moment of ‘comic-brutality’ in the form of De Niro using a baseball bat to smack lumps out of an arrogant (and helpless) French plumber or Pfeiffer’s Maggie torching a French supermarket. These scenes attempted as humour just feel somewhat crass and off putting, failing to provide laughs or excitement.

Fortunately, the presence of the film’s stars gives The Family a slight redeeming quality. De Niro sleepwalking through a role remains far more engaging that most of his contemporaries that doing so (a la Bruce Willis) – with the actor bringing a stately gravitas to the role of this ruthless crime boss. Pfeiffer is not given a great-deal to do but she slips into the role of the tough-talking mob-wife with a sense of uncouth charm, whilst the mere presence of Tommy Lee Jones has the power to make you sit up in your seat and regain your attention.

The Family is a truly misguided attempt at an action-comedy, failing in both of genres. Its tone is chaotic, yet somehow continuously feels tired – fortunately, the presence of De Niro, Pfeiffer, and Lee Jones significantly elevates this affair.

The Family hits UK cinemas on the 22nd of November.