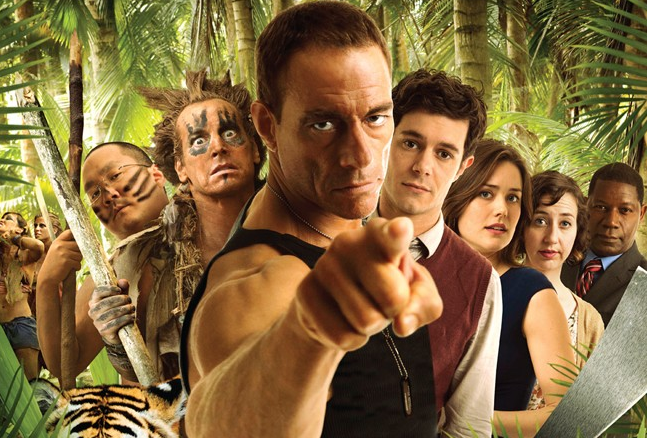 Many have described Jean-Claude Van Damme’s performances as ‘comic’ in recent years, but now the much-loved martial artist actually tries some intentional comedy in Welcome to the Jungle. The project, helmed by Rob Meltzer, also stars Adam Brody, Dennis Haysbert, and Kristen Schaal.

Van Damme stars as Storm, a wilderness expert who is put in charge of a group of office staff as they venture into the wild for a company retreat. When the group become stranded they soon revert to more primal instincts and chaos ensues.

If anyone has seen interviews with Van Damme before, it is evident that h is an incredibly charismatic man and has a great sense of humour, so comedy seems like a good move for him. Whilst the trailer doesn’t showcase Welcome to the Jungle as a comic masterpiece, it does look relatively amusing – and we do get see JCVD kick someone in the face, so things can’t be all that bad.

Welcome to the Jungle debuts in select US theatres and on VOD on February 7th 2013.