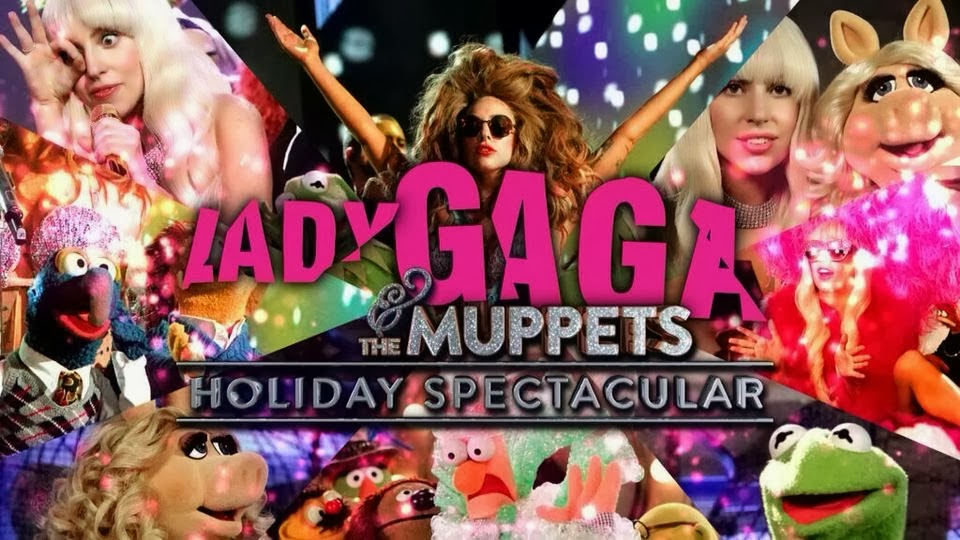 Last night saw Lady Gaga’s holiday special, Lady Gaga & The Muppets’ Holiday Spectacular air on ABC. The nostalgia-tinged variety show saw the singer duet with a number of showbiz pals including The Muppets, RuPaul, Elton John, and Joseph Gordon-Levitt, in what can only be described as a incredibly watchable slice of festive camp. As well as being a fuzzy ‘holiday spectacular’ it gave the pop-star a chance to plug her third studio album, Artpop.

The main highlight was seeing the legendary RuPaul duet with the singer on her new track, Fashion! which we hope will receive some form of iTunes release. Another legend popped up in the form of Elton John with the pair vocally battling it out on parallel pianos. Perhaps more festive than the previous two, cinematic hearthrob and Gaga’s Sin City: A Dame to Kill For co-star Joseph Gordon-Levitt also made an appearance to tackle Baby It’s Cold Outside with the singer.
You can see these three duets below.