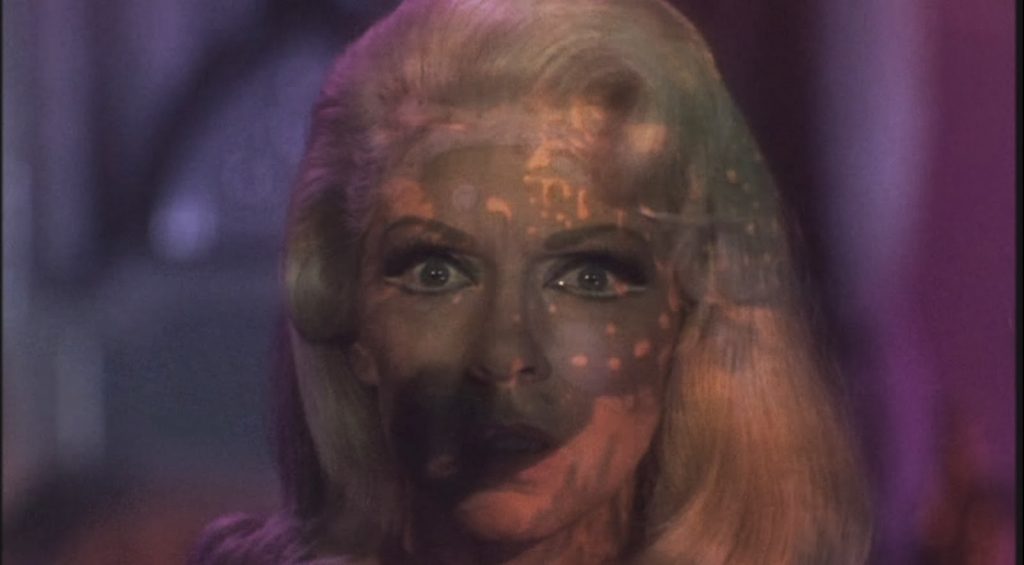 We used to feature ‘forgotten classics’ on the site – films that perhaps never received the love that they deserved at the time of release, or even now. Sadly, this is something that gradually faded away (our last was almost a year ago when we covered camp masterpiece, Die, Mommie, Die!), however, wipe away these tears – the forgotten classics are back. And what better way to celebrate than with a little look at the legendary Lana Turner’s camp-LSD epic, The Big Cube.

The sixties marked quite a challenging time for Lana Turner’s film-career, despite the odd gem – like the marvelous Madame X, most of Turner’s output ranged from forgettable dramas to toe-curling comedies. Surprisingly it would be her last film of the decade that bucked that trend, The Big Cube.

Directed by Chilean filmmaker, Tito Davison (in what appears to be one of his only English-language features), The Big Cube starred the forty-eight year old Lana as retired actress, Adriana Roman, who marries a wealthy tycoon. However Adriana clashes with his rebellious stepdaughter, Lisa (Karin Mossberg), who’s in with the wrong crowd (a group of arty acid-droppers). This tension is only heightened when Adriana’s husband dies in a boating accident and the retired actress becomes the executor of his estate. Things get really trippy when Karin and her twisted boyfriend (George Chakiris) begin to switch Adriana’s sleeping pills with LSD – forcing her to the point of a breakdown, leaving them to take control of the estate. 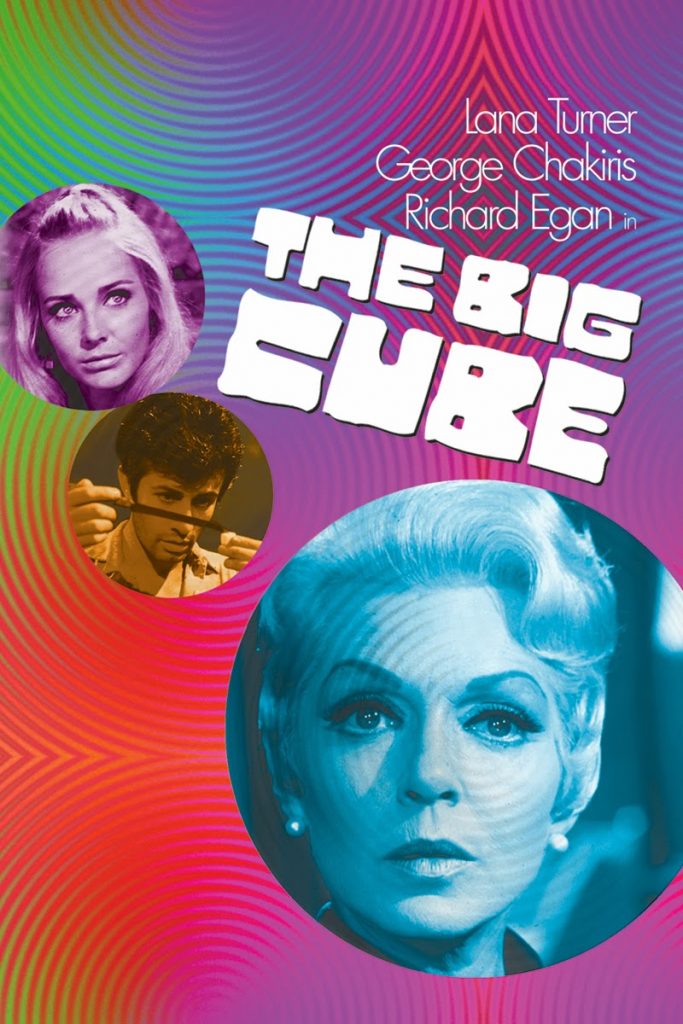 Of course, if you are seeking a tight fast-paced thriller, The Big Cube is most likely not going to be for you. This is a bonafide camp classic that is likely to be met with disgust from Lana fans. This is probably clear from the trippy purple/yellow opening titles, soundtracked by a dated pop ditty called ‘Lean On Me’. If you weren’t convinced this was a camp classic by the titles, then you most likely will be by the sight of Lana, we love her to bits, but here she is beginning to look like a Mae West parody (and we’re talking about Myra Breckenridge/Sextette Mae West), no doubt as a result of those six-packs-a-day. However, Lana is quite excellent in this – her breakdown is believable, and the actress manages to retain our sympathy and admiration throughout the film. Although it is hard not to have a laugh at the scenes of her tripping on LSD and being chased around hillsides – which undeniably verge on sheer hilarity.

From the onset, The Big Cube, is unabashed camp fun. This camp comes in like a sledge-hammer when we are introduced to Lisa and her best friend, Bibi (Pamela Rodgers). Lisa is a straight-laced chick with a thick European accent (it is never quite explained why) and her best-friend is a promiscuous sex-fiend who hits on anyone from Lisa’s boyfriend to the decrepit butler (Butler: “Is there anything else I can help you with?” Bibi: “Well there might be if you were eighty years younger, you sexy thing…”). Bibi gets to belt out some amazing lines like “Doesn’t that turn you on?”, “Honey, you’re just not WITH it,” and “Let’s call up have a dozen guys and have an orgy!” (All of these lines as said within 45 seconds, I could go on…), all set to the background of generic sixties pop music. If the cringe-inducing ‘groovy’ dialogue doesn’t float your boat, the trippy sixties visuals are not likely to either.  There are pulsating cars, fluorescent swinging sixties raves, and every colour from the spectrum gets superimposed onto Lana’s face in some-trippy light effect or another.

The Big Cube is a strange one, whilst it is primarily a sixties thriller exploiting the public’s fear of drug culture, its narrative has all the markings of a classic Grande Dame Guignol flick (or Hagsploitation film): the venerable leading lady who is gradually driven out of her mind by plotting conspirators, and the thrills of a classic Gothic chiller (Adriana being tempted to jump out the window by looming voices feels very much like something from a haunted house flick.)

Whilst The Big Cube isn’t all constant laughs and high camp – Davison’s narrative can be incredibly slow-paced and heavy-handed at points – regardless of this, it is certainly a worthwhile watch. Perhaps even simply as a look at how the film industry changed over the years, and a reflection of how ageing actresses struggled to find a place in contemporary Hollywood. The days of the melodrama were disappearing and all stars like Lana were left with were horrors and acid-infused sixties thrillers. Still, we’re grateful for this as my God it lead to some fascinatingly fun results. If The Big Cube is of interest, seventies Lana flick, Persecution aka The Terror of Sheba, is equally entertaining as a camp classic.

We’ve copied in some stills below.