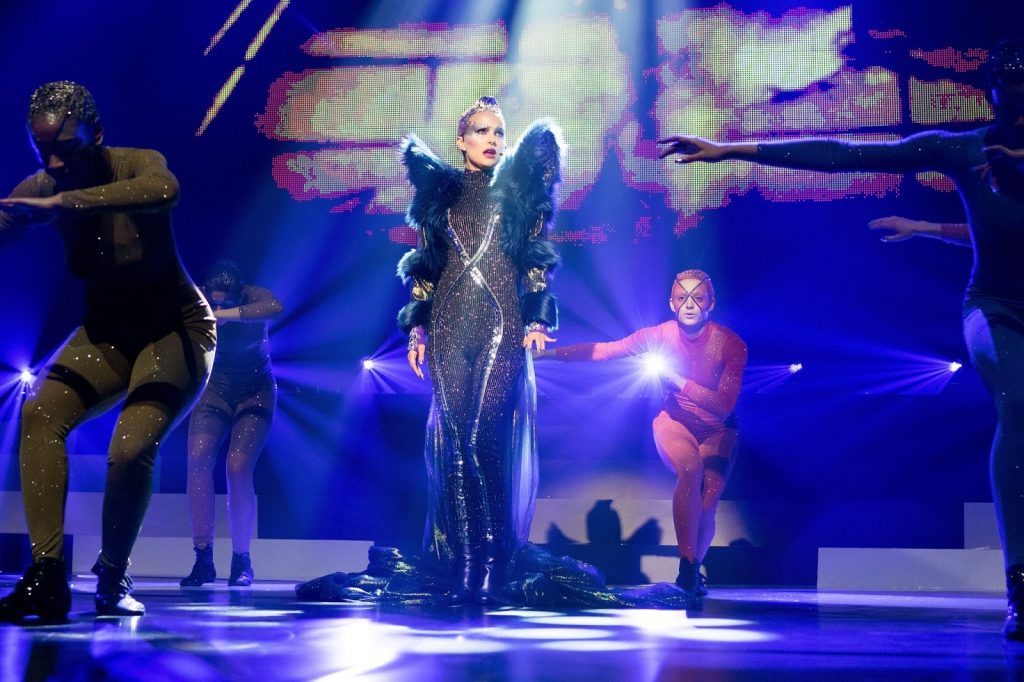 Usually as we approach the tail end of the year, the quality of musical releases dwindles. Albums from all your Mum’s favourite boybands and crooners begin trickling out over late November and throughout December – generally becoming a wasteland for the more regular music listener. Yet there is a jewel encrusted diamond of hope delivered through the soundtrack of Brady Corbet’s Vox Lux this weekend.


Natalie Portman stars as a pop-star whose youth was shaped by a seismic tragedy – and I’ve avoided reading much more into the spoilerific narrative than that. The film is still lacking a UK release date, – but what can be enjoyed from the film is the Sia produced soundtrack in which Natalie delivers six high-octane pop bops (some may say rejected Sia demos, but the novelty of Natalie (?) singing them ramps up their value).


Wrapped Up, EKG, Firecracker, Sweat and Tears, Blinded By Love and Private Girl are the six Natalie anthems on the soundtrack – and we’d suggest you get streaming now! You can hear the most mellow of the lot, Wrapped Up, below.