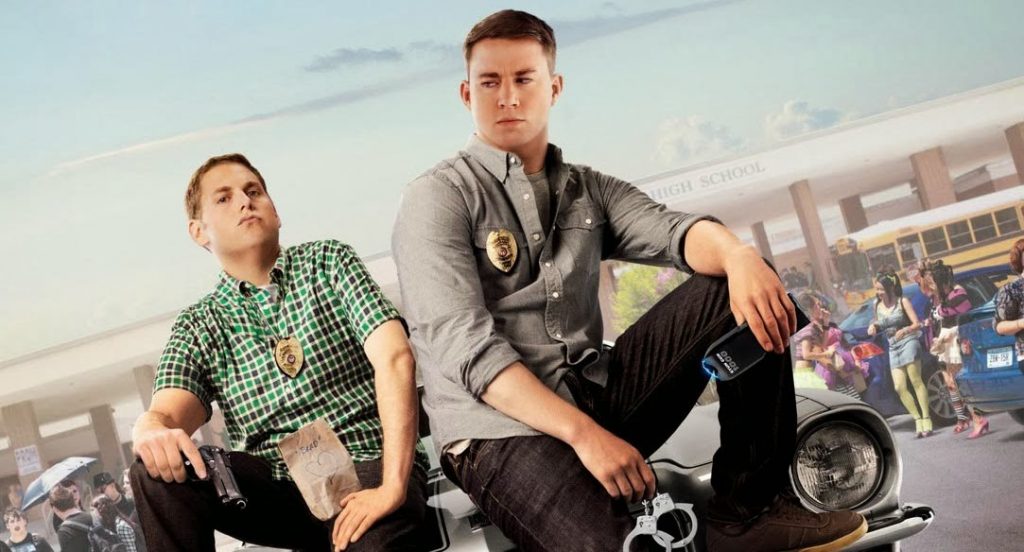 We’re pretty sure that almost everyone who saw it loved 21 Jump Street and it did incredibly well at the box office, so it is no surprise to see that studios were keen to push on with a sequel as soon as possible.

The sequel, 22 Jump Street, catches up with Officers Jenko (Channing Tatum) and Schmidt (Jonah Hill), who are sent undercover in a US college to tackle a crime ring. However, it is not long before the pair slip back into their old high school roles and tensions build.

Phil Lord and Chris Miller return to direct and will hopefully recreate some of the cartoonish madness of the original without retreading over the same material. The teaming of Tatum and Hill was surprisingly brilliant, and we’re eager to see what further madness ensue – even if the best of it isn’t showcased in the incredibly average trailer.