2013 saw some terrific comeback albums from a variety of legends of the pop world. Outstanding return to forms from Beyoncé, Agnetha Falkskog, Cher, Paul McCartney, Elton John, Gary Barlow, OMD, Visage, and Boyzone were some of our particular highlights. Fortunately, some further musical royalty will be back with new albums throughout 2014 so we’ve compiled a little list of the who’s who that are coming back within the year. 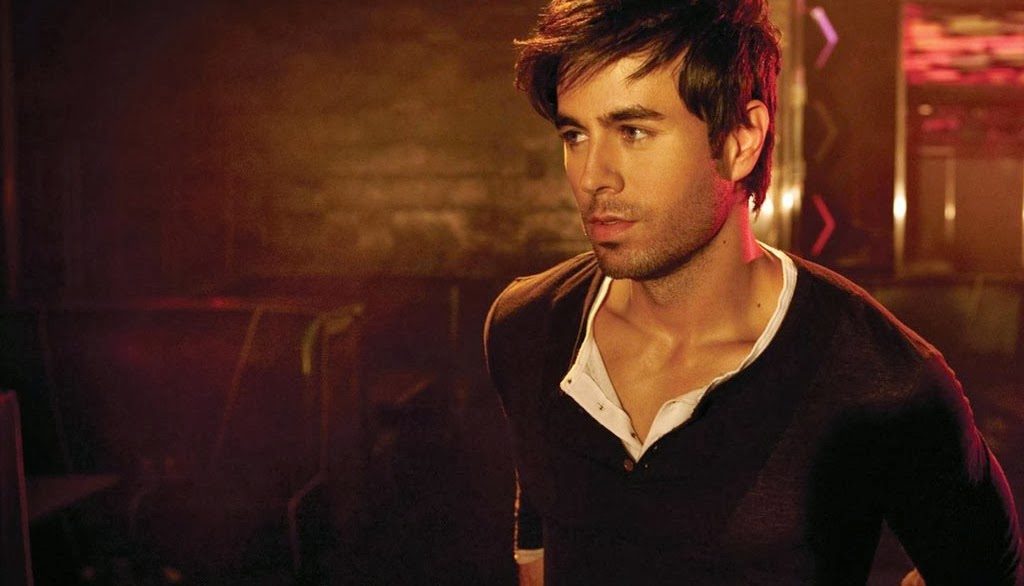 Enrique’s tenth studio album has been a long time coming, most-likely because the singles released from it haven’t been his highest charting. However, I Like How It Feels (US #74), Turn the Night Up (US #61), and Heart Attack (US #88) have been nice dance-orientated tracks and have got us excited about the singer’s upcoming release. We hope that his collaboration with Jennifer Lopez, Physical, will be making a full appearance this year after being previously teased on a car ad. If not, we will just settle for some shirtless shots in his latest video – we are easily pleased. 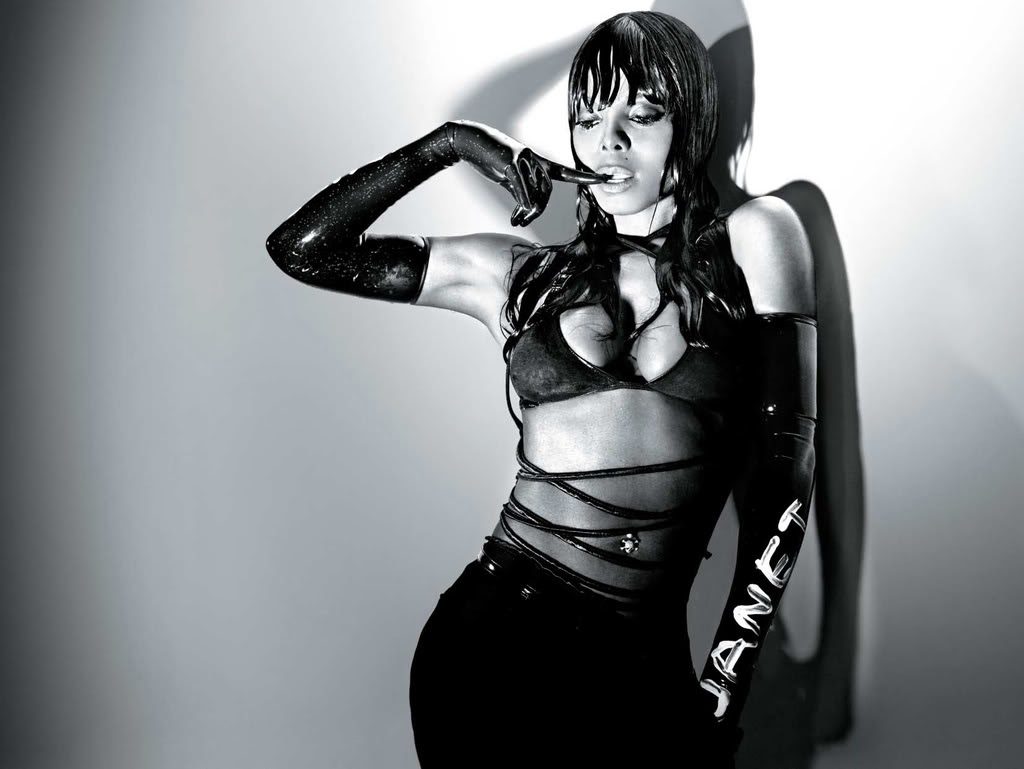 Ms. Janet’s absence from the music industry has made for a painful wait for a lot of the singer’s fans. The youngest Jackson female last released an album in 2008 (the underrated Discipline, featuring the quite brilliant Feedback). Last we heard Janet was hard at work on new music in Qatar in June 2013, so fingers crossed we will be hearing some of that throughout the year. 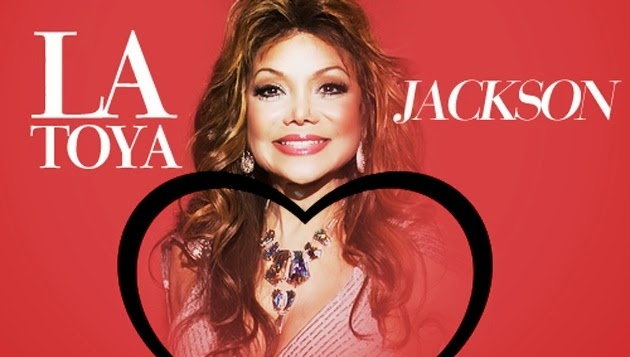 Janet’s slightly more amazing sister is also set to release her first studio album (and sadly her final album) since 1995 (although 2006 album, Startin’ Over is readily available online, it was never given an official release) in 2014. La Toya recently teased the first cut from the album, Feels Like Love, a stonking dance pop number that contains the lyric “Tonight I’m a beeaaast!” – and perhaps the most infectious pop chorus the reluctant pop queen has ever belted out. We also have her full duet with RuPaul, Feel Like Dancing, to look forward to.
RuPaul 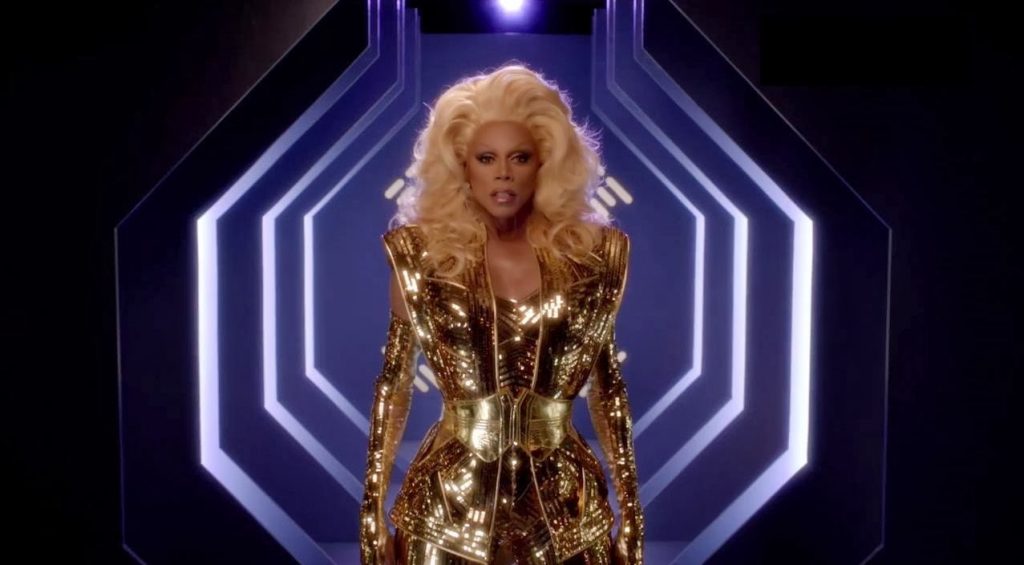 RuPaul has not only been busy collaborating with Ms. Jackson, but recording his latest album which is due to be released on January 24th. Ru’s most recent album was released in 2011 and is still played on constant rotation here. It spawned such glamtastic singles as Superstar, (Here It Comes) Around Again and Glamazon- as well as a plethora of equally fantastic remixes. 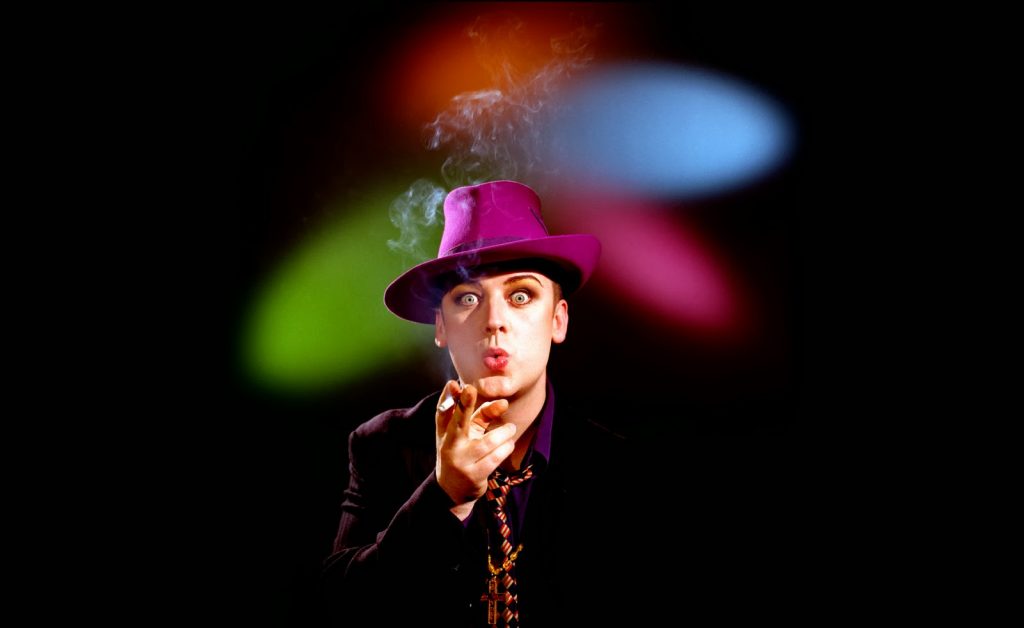 A reunion that has been on the cards for years yet consistently delayed – Boy George revealed last year that he was finally ready to record with former band Culture Club again. Although he released the excellent solo album This Is What I Do last year, George and Culture Club have not released an album since 1999. The group are rumored to be writing material this month with a release later this year on the cards. George recently spoke of his desire to work with Mark Ronson and Nile Rodgers for the new LP. 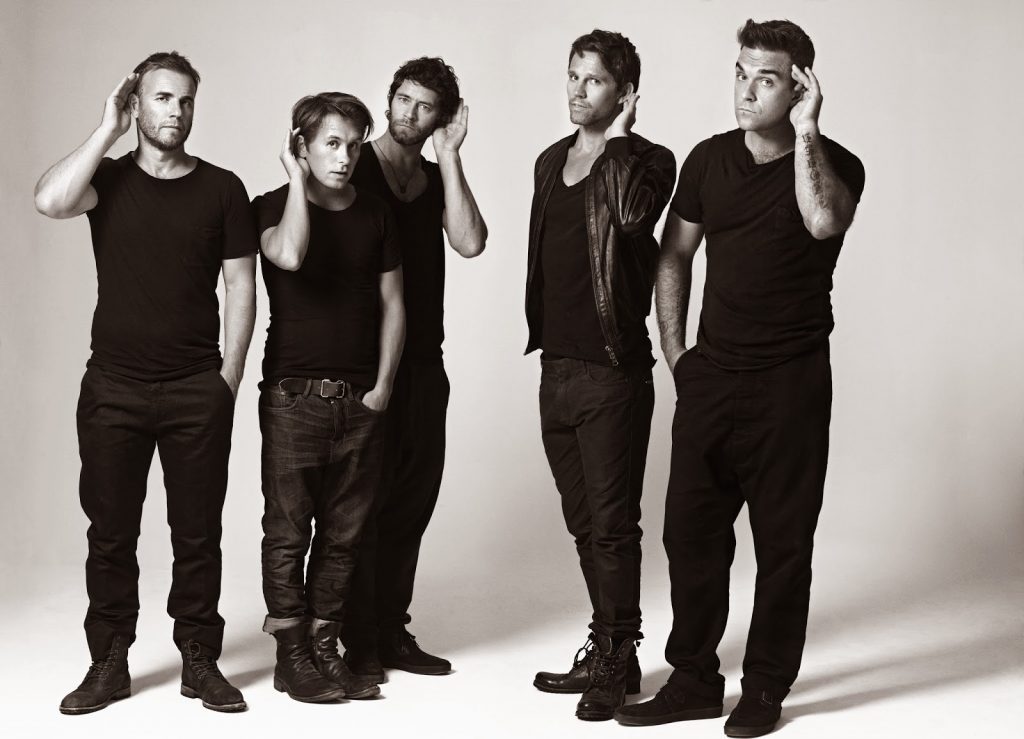 Gary Barlow, Mark Owen and Robbie Williams all released solo albums in 2013, but will be back with Howard and Jason as a five-piece later this year with Take That’s 7th album. The group’s latest album, Progress, was a stellar slice of electropop and we are particularly intrigued to see what direction that the new material we will be taking. 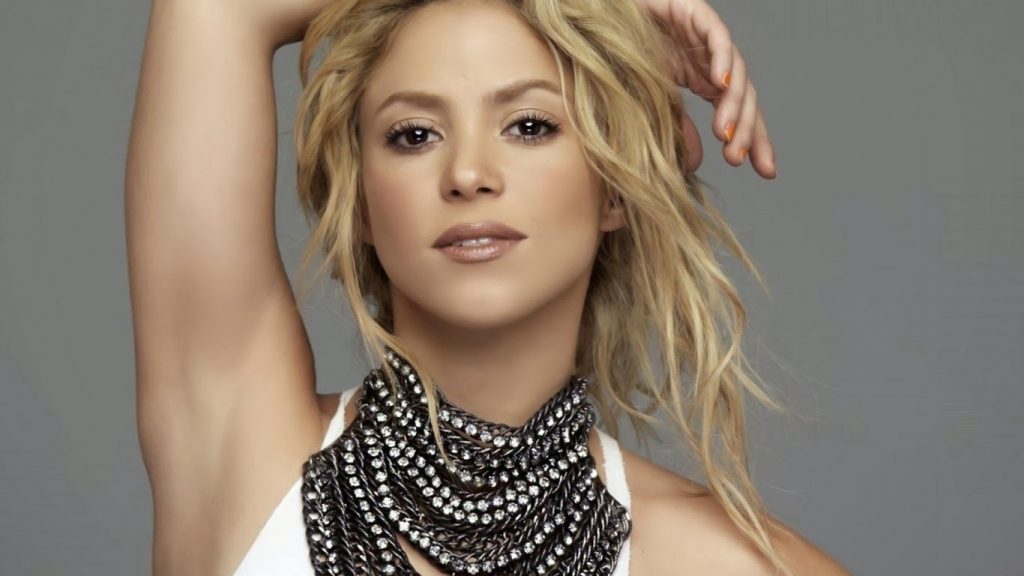 Shakira’s new material could drop as early as next week according to various sources linked with artist. The Latin pop icon’s 4th English studio album is scheduled to drop in the first quarter of the year and features a collaboration with Rihanna titled Can’t Remember To Forget You. It is rumored to be taking on a more rock-oriented direction. 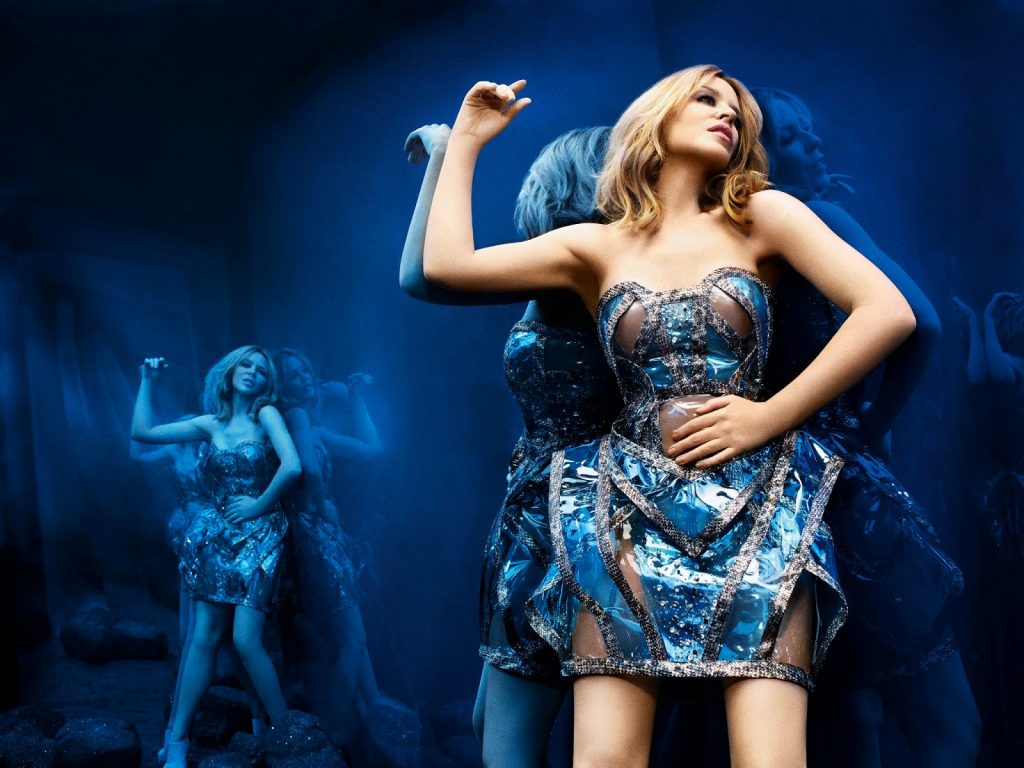 After signing to Jay Z’s Roc Nation label we were told that Kylie’s new music would be imminent and it seems like we can expect something incredibly soon. Rumored to be titled Into the Blue, Kylie is likely to promote her latest single whilst serving as a coach on BBC’s The Voice. Hopefully it will provide a solid publicity boost for the pop-star who is set to conquer the charts in a matter of weeks.
Dannii Minogue 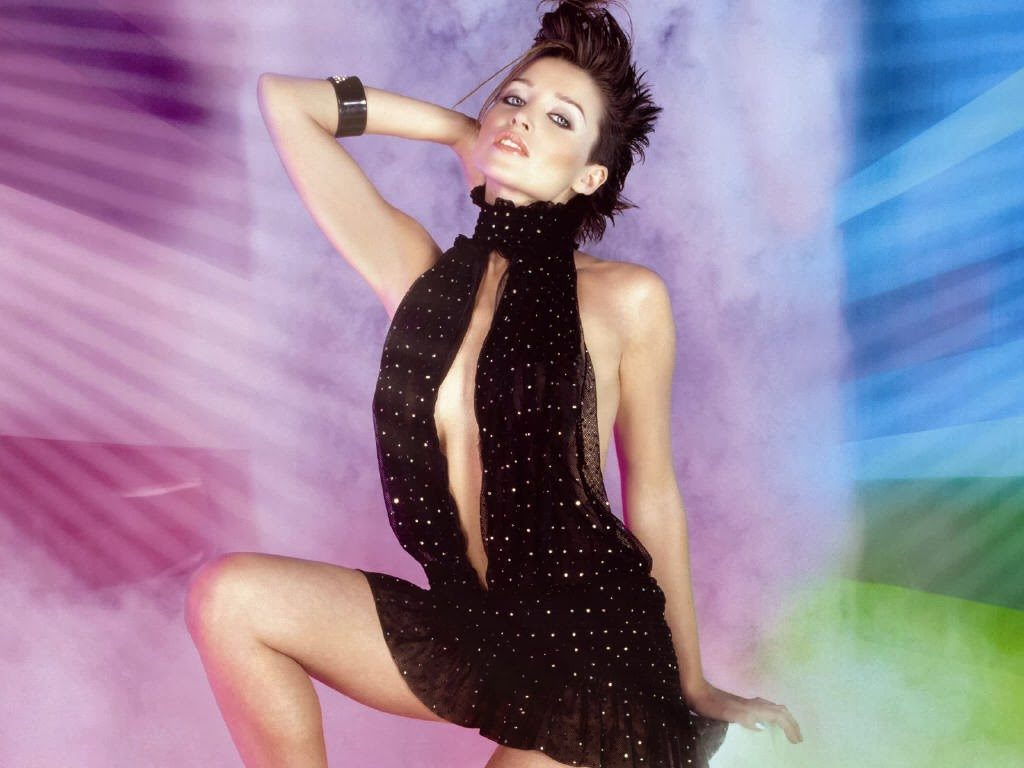 We have been dying for Dannii’s return to the pop industry and it looks like it is finally happening. The Queen of Dance has been working with top producers in her native Australia and already has six tracks (if not more) completed. Dannii’s last UK release was 2003’s Neon Nights – over eleven years ago, making this comeback one of the most overdue.
Natalie Imbruglia 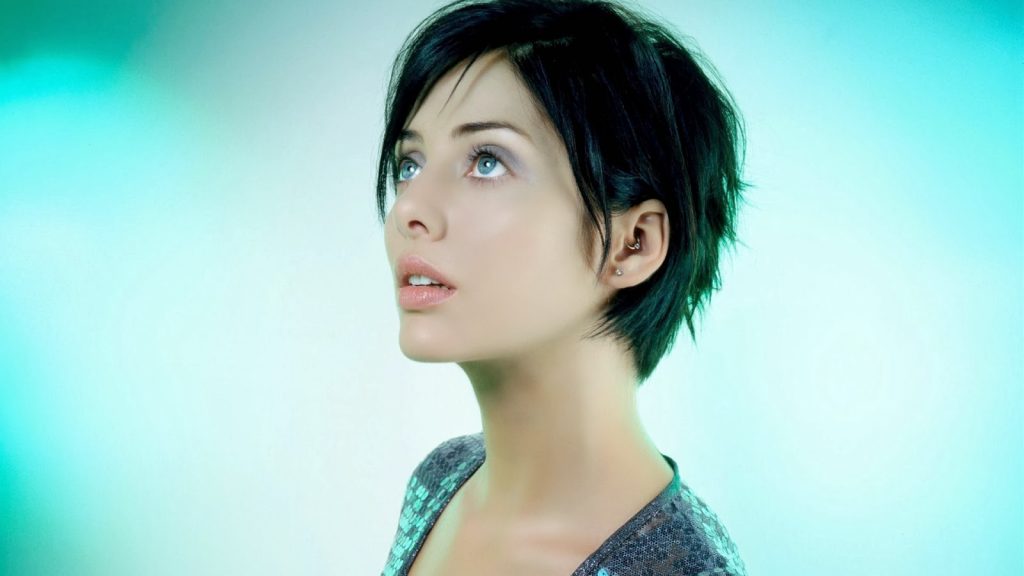 Another Australian pop juggernaut set to be making a comeback this year is Natalie Imbruglia. Imbruglia’s last release was back in 2009 when she released the sorely underrated Come to Life. Imbruglia is working on a covers album which will be hitting shelves later in the year. There is no news on which genre of covers we can expect, but we think guitar-twinged pop numbers would be a safe bet. 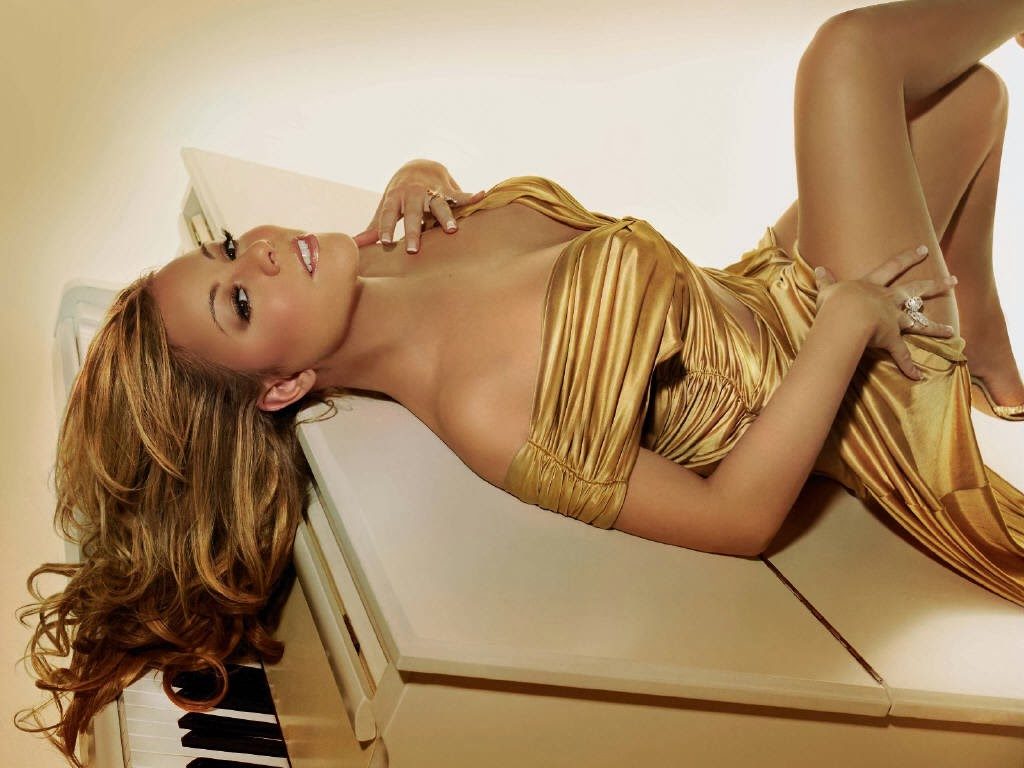 Whilst it was scheduled for release this year, Mariah Carey’s latest album The Art of Letting Go was pushed back to 2014. Despite getting off to a strong start with singles Almost Home (from Disney’s Oz) and collaboration with Miguel, #Beautiful, Mimi decided to push the album back in order to perfect it. Fingers crossed we will be hearing it quite soon. 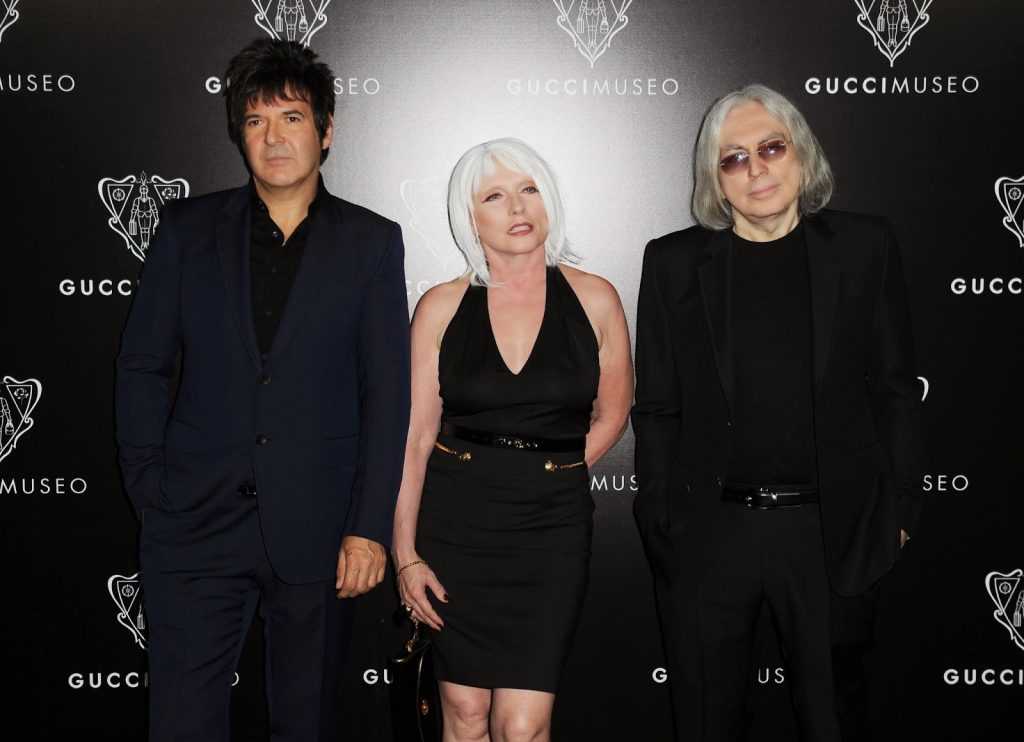 Veteran pop-rockers Blondie are back with album number ten, Ghosts of Download, in March of this year. The Debbie Harry fronted group released their collaboration with Beth Ditto, A Rose By Any Name, last November which showcased a more dance-based direction for the group. After hearing some of the tracks live last year, we can confirm that Blondie are once again on top form. Keep an eye out for Take Me in the Night, one of the standout new cuts from the album and a future dancefloor classic. 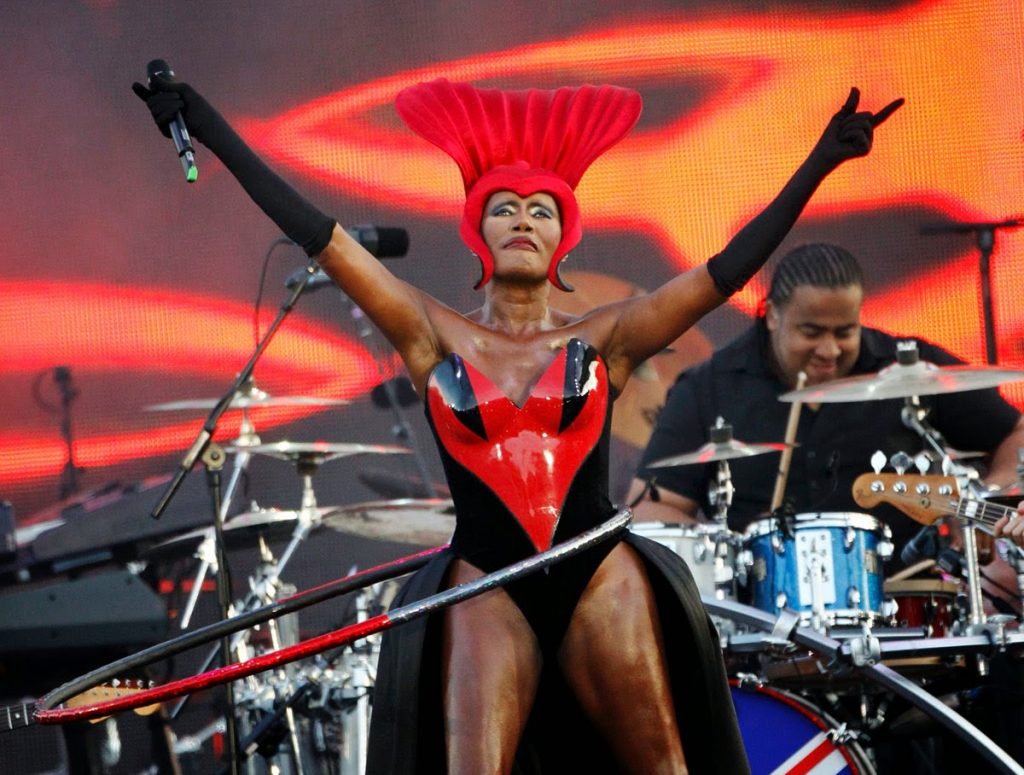 Ms. Jones has been back in studio with producer Ivor Guest who produced Grace’s most recent album Hurricane. Last we heard the duo had recorded 25 tracks, some of which we will hopefully be hearing this year. 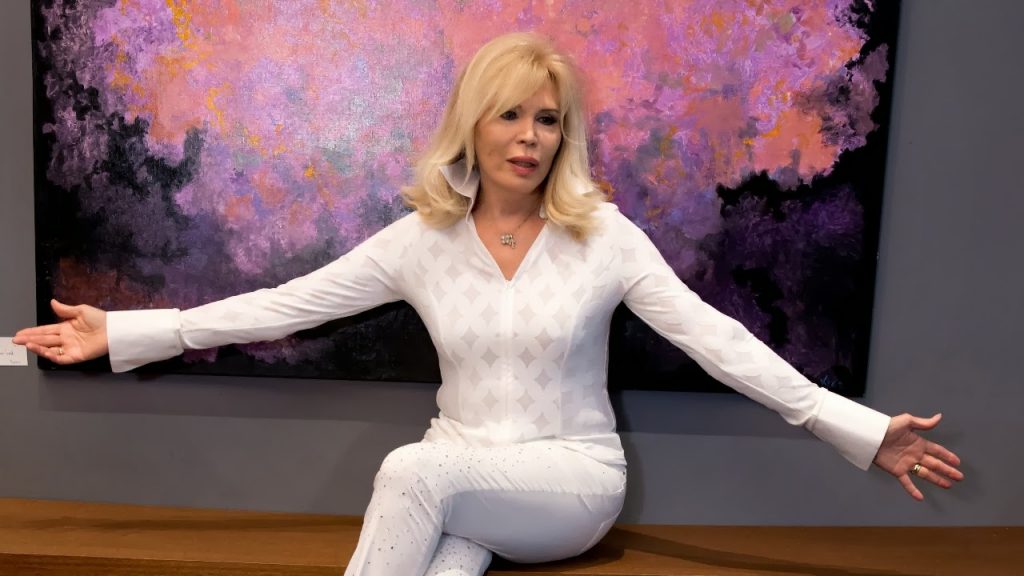 Another androgynous figure set to release a new album this year is Amanda Lear. Salvador Dali’s former-muse turned disco icon is back with album number seventeen, titled My Happiness and sees the singer cover a variety of Elvis Presley songs. It is due for release in March 2014. 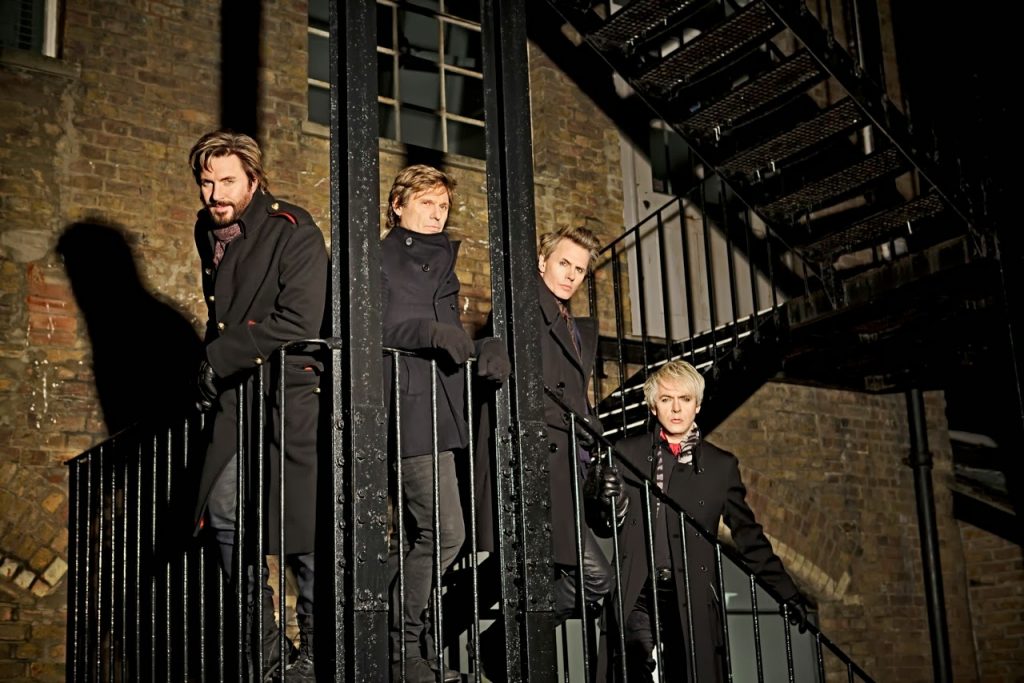 Another group set to edge closer to the dancefloor in 2014 is Duran Duran. The British band has been working with Mark Ronson and a variety of other ‘big collaborators’ for their latest release which will serve as their fourteenth album. 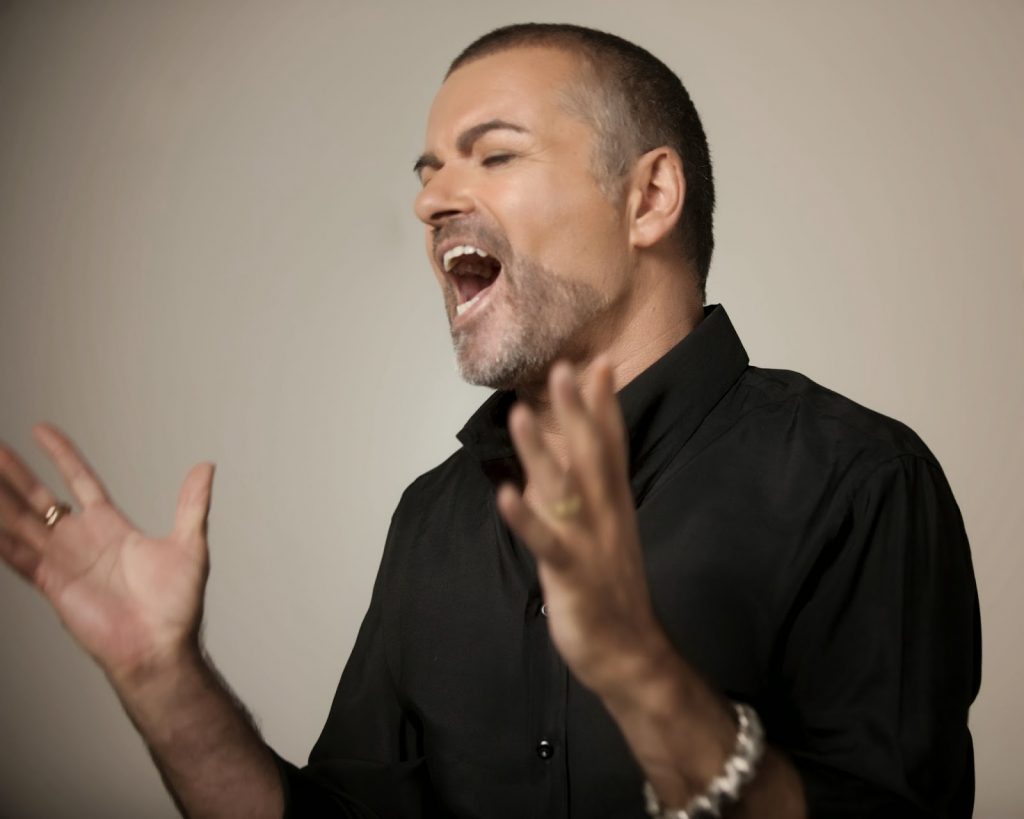 We’ve featured George Michael  in previous pop comeback articles, but unfortunately his projects seem to be  plagued by the singer’s constant run of bad luck. Michael has teased big things for 2014 and is said to be working on a dance music collection which we might hear later this year.. but don’t hold your breath. 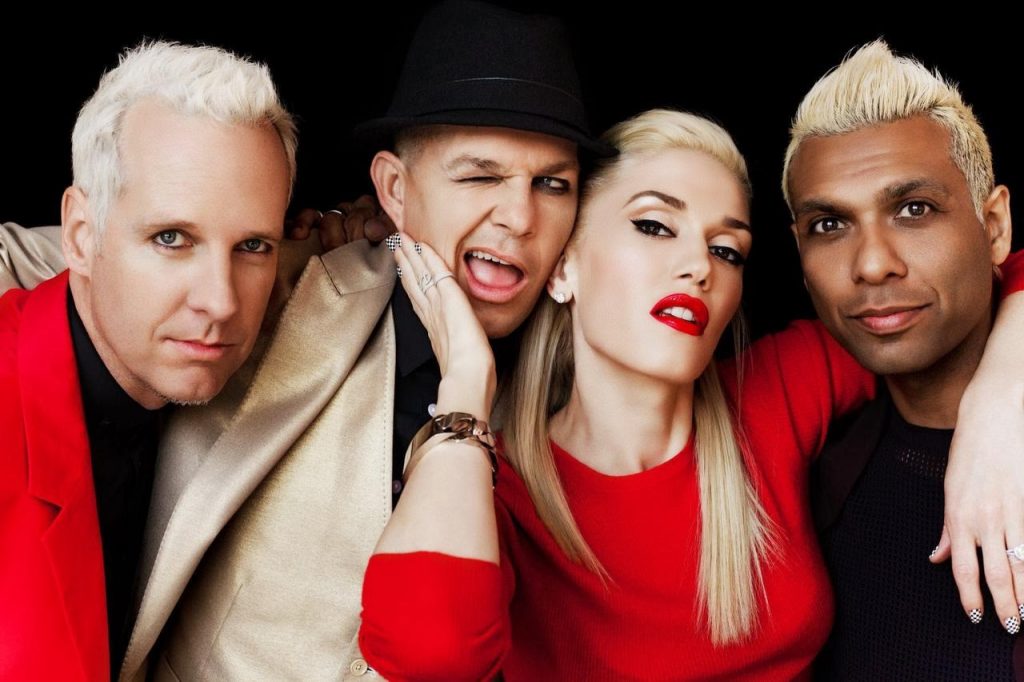 No Doubt may not have set the charts alight with 2012 album Push and Shove, however, that has not stopped them working on new music. The rock band postponed their tour plans in order to get back into the studio; with Gwen Stefani and friends said to be inspired and recording with complete ease. Sounds promising.
Aretha Franklin 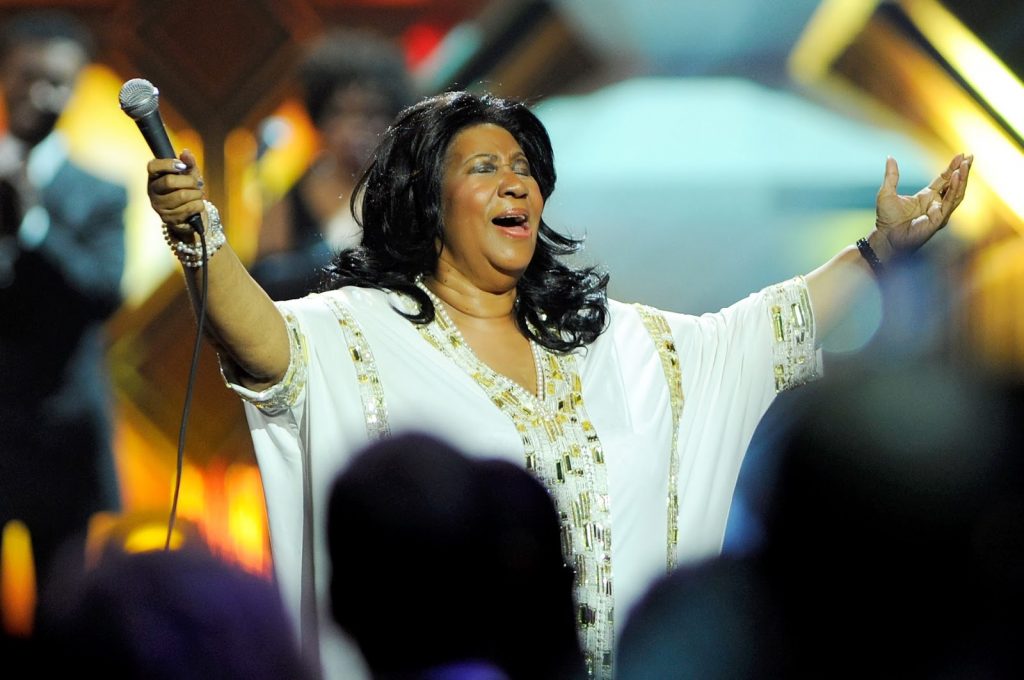 Aretha is working with Clive Davis and Babyface on her latest collection – a series of cover tracks made famous by the world’s biggest divas. Expect anthems from Whitney, Beyonce, and Mariah to feature. We want a studio version of Aretha’s take on Mariah’s Touch My Body please.
Chic 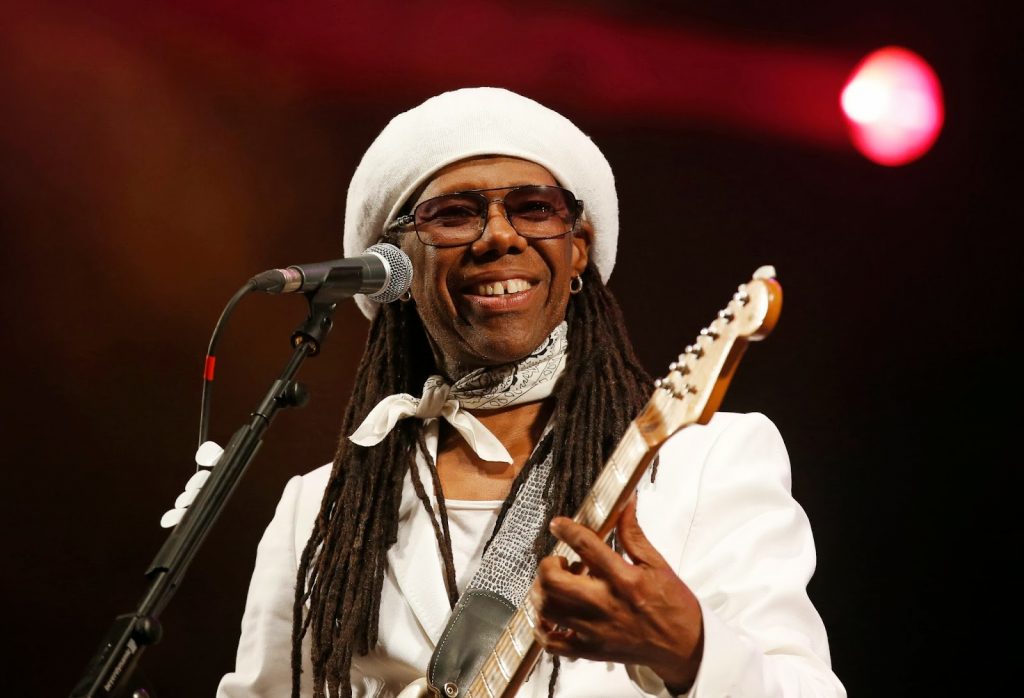 Nile Rodgers has experienced a great resurgence thanks to his collaboration with Daft Punk and a number of high profile Chic gigs. The producer and guitarist has not given away much about the upcoming project but has said that he has been ‘inspired’ and is hoping to get a number one single with the revamped band this year. 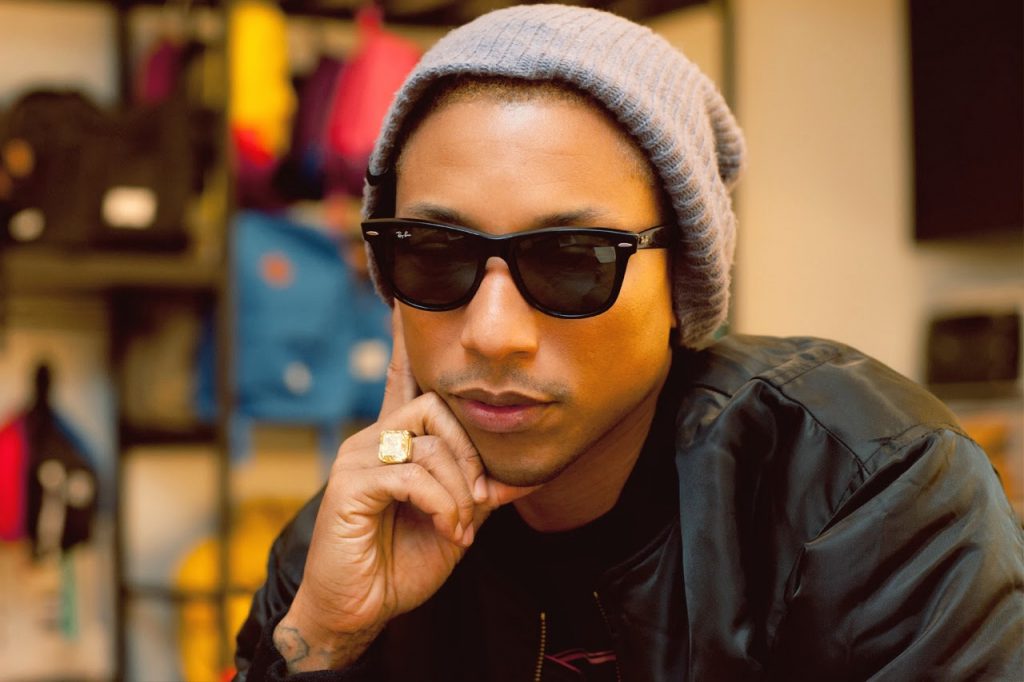 Like Rodgers, Pharrell has seen a huge career resurgence thanks to his work with Daft Punk and Robin Thicke. The singer hit the charts with solo single, Happy, and is said to be releasing his second solo album in the first quarter of the year.
Giorgio Moroder 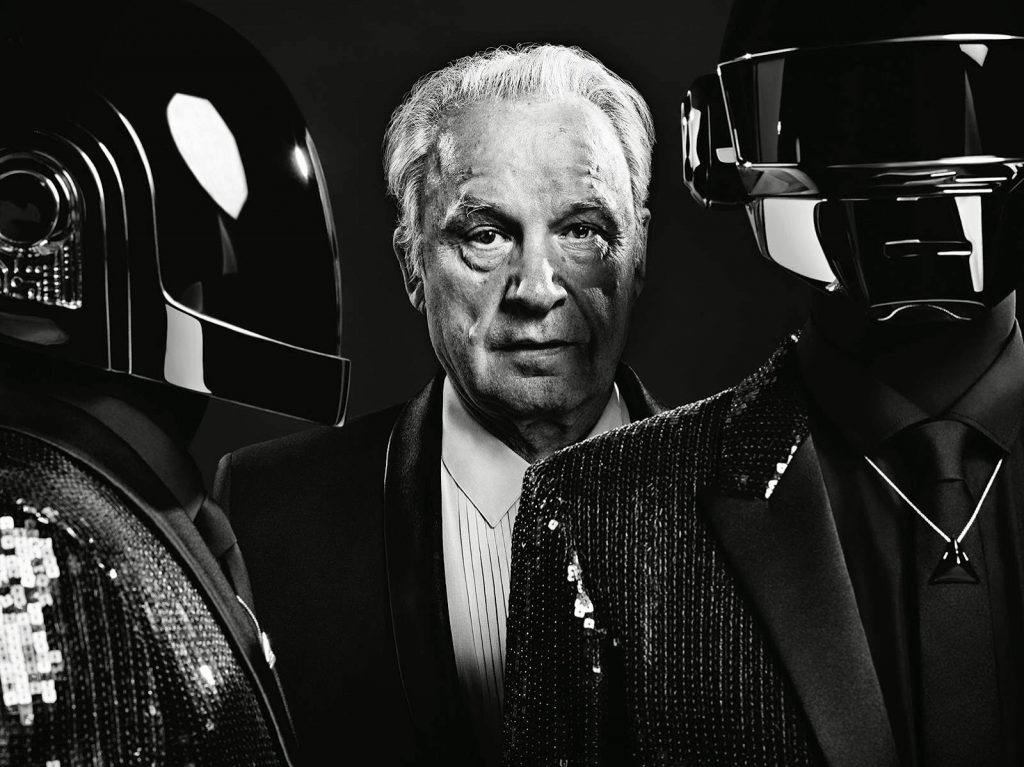 Giorgio has been coaxed out of retirement by the new wave of success that followed his collaboration with Daft Punk. The legendary producer will be releasing a solo album this year featuring collaborations with several high profile vocalists – with the likes of Rihanna in his sight, we’re expecting big things.
Samantha Fox 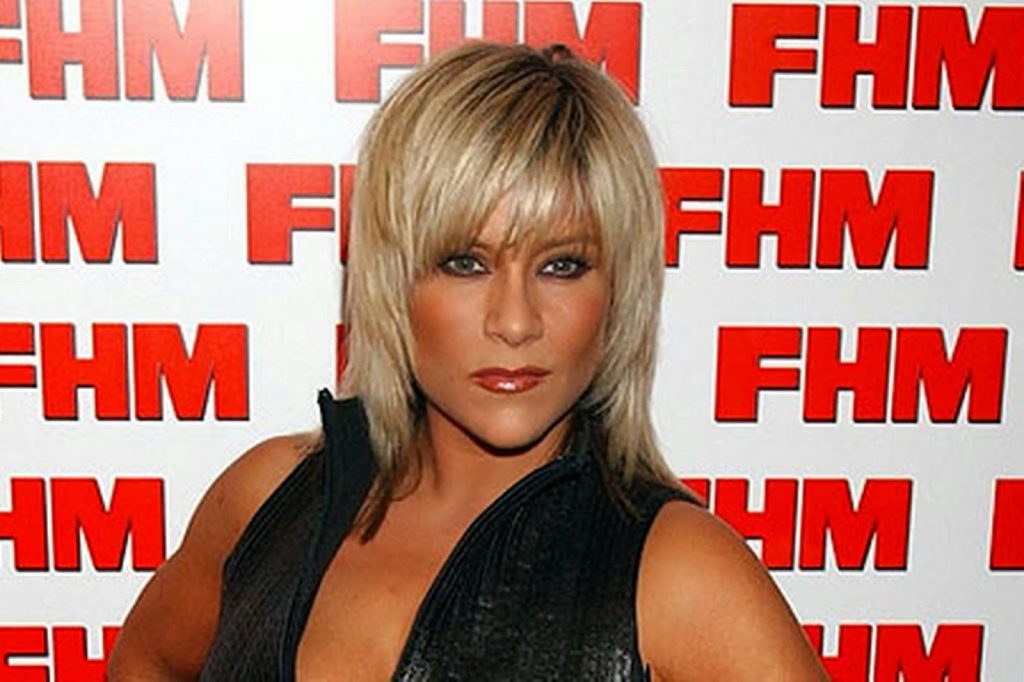 Samantha had originally teased her latest release for 2013 although has been somewhat coy with the details since the anouncement. We have heard that she is once again working with Full Force who helped produce a number of her most famous tracks including All I Wanna Do and I Wanna Have Some Fun. 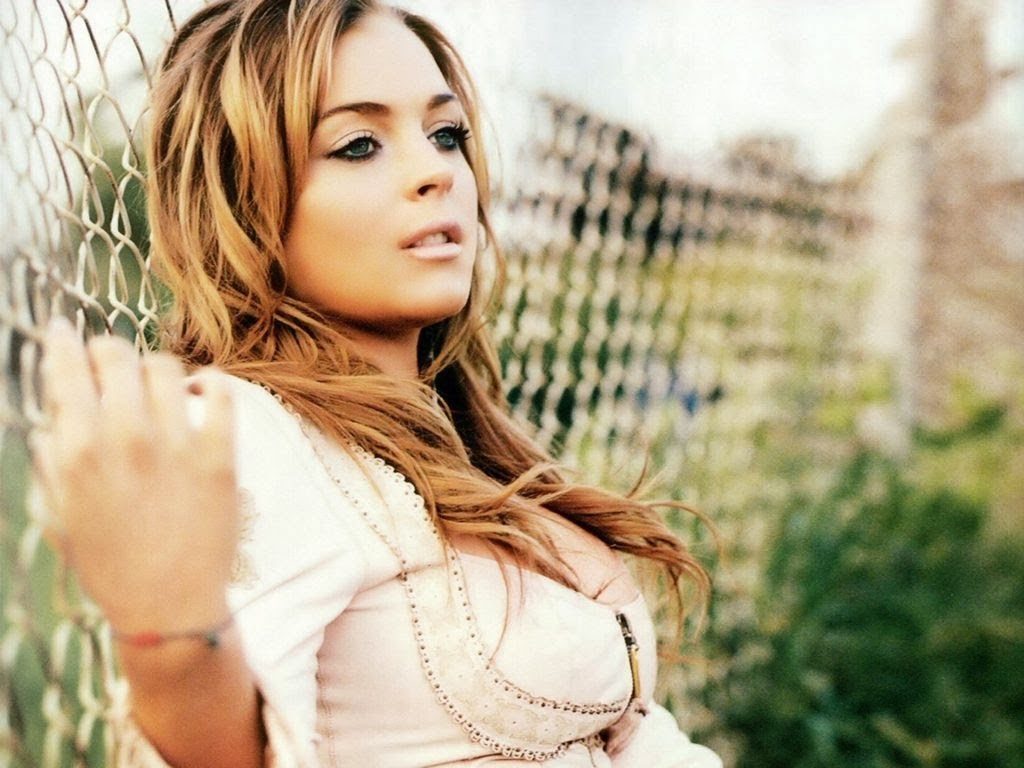 She may be best known for her party-loving lifestyle and occasional film roles, but many often forget that LiLo had a high-profile musical career several years ago. The actress recently posted photos of herself in the studio and has frequently teased a return to the industry since abandoning her third album in 2010. The I Know Who Killed Me Star had supposedly been writing tracks whilst in rehab and we can’t wait to her the red-haired Goddess’s new sound.
Others scheduled to be returning to the pop world this year are: Madonna, Geri Halliwell, Christina Aguilera, Rihanna, Hilary Duff, Fergie, Martine McCutcheon, Nicole Scherzinger, Stevie Wonder, Prince, Sophie Ellis-Bextor, Kim Wilde, Belinda Carlisle, Cyndi Lauper, Chris Brown, Miguel, Usher and Morten Harket.