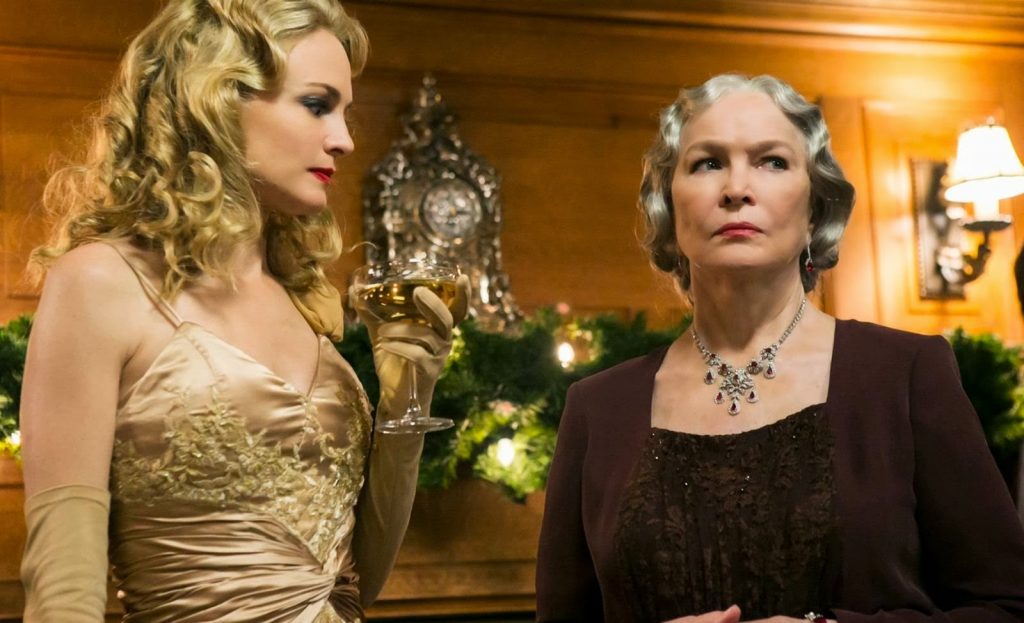 VC Andrew’s 1979 novel, Flowers in the Attic, was one of the most talked about literary phenomenons of its time. Read by tens of  thousands of young adults – most likely behind the backs of their unsuspecting parents, Andrews’ tale of children locked in an attic by their evil grandmother and unsympathetic mother remains as salacious and shocking today (fortunately incest is timelessly gross). Adapted for the big-screen in 1987, Flowers in the Attic never made the hyped splash that its novel did – instead being quickly regarded as a camp classic.

American network Lifetime launched their TV Movie version of Andrews’ novel last Saturday (the 18th of January 2014) and were quick to announce that pre-production work on a sequel had begun. A good move since the movie debuted with an impressive 6.1 million viewers, the channel’s highest for an original movie since 2012. Not deviating particularly from the novel’s aforementioned plot, Heather Graham steps into the role of Corrine (the mother of the imprisoned children), with screen titan Ellen Burstyn dominating the role of God-fearing/child-abusing, Grandma Olivia.

Directed by Deborah Chow, Lifetime’s Flowers managed to hit the darkly Gothic tone of the novel square on the head. From the brooding mansion setting to the creaking floorboards of the children’s attic prison – Chow packs the feature with the richly macabre tone that Andrews’ novel deserves. It also crafts a sufficient believability around its 1950s setting – from swishingly decadent parties to impressive costume-detail.

Despite sticking with the atmosphere of the novel, Chow’s remake seems to rush over some of the more unpleasant plot details. Why Andrews was fixated on incest, we’ll never know (it became a prominent theme in many of her later works). And as unsavoury a topic as it is, it was a key part of her novel – however, Lifetime appears to sweep over this plotline in the briefest manner possible. We see a strangely tender moment between elder brother and sister Cathy (Kieran Shipka) and Christopher (Mason Dye), followed by a shot of the pair in bed. Perhaps in the interest of taste, Lifetime chose not to dwell on the subject – but ultimately, the justification for the pair coming together is not there, which only serves to draw more attention to it.

Whilst the narrative may occasionally reveal some slight cracks, the performances grip throughout – most notably those from Graham and Burstyn. Graham impresses as the wild-eyed (yet darkly vacant) Corrine, a mother who gradually begins to forget the existence of her four children in the hopes of getting back into her dying father’s will. Throw in some further distraction from Dylan Bruce’s hunky lawyer and we are now on “What kids? I don’t have kids” level of neglect. There is something inherently campy about Graham – perhaps it is the faux-glamorous Stepford Wive vibe she emits – but evidently it is completely suited here. Ellen Burstyn takes on Mommie Dearest levels of mean, however, Grandma Olivia seems lodged in the 1920s with her clasped hairstyle, aged gowns, and views on her grandchildren as “devil’s spawn”. There is an over-the-top ferociousness about Burstyn’s old psycho-biddy which is tremendously watchable.

It is undoubtedly a good thing that Lifetime are working on Petals on the Wind, the next chapter in Andrews’ literary saga – as the film falls flat with a truly unremarkable conclusion. There’s a lack of any real spectacle or suspense (unless you like seeing Burstyn getting trapped in a stairwell – which I kind of do) in the film’s ending which leaves a multitude of frustratingly unanswered questions.

For the most part, Flowers in the Attic does chilling Gothic atmosphere alongside elaborately camp in perfect measure. Performances from Burstyn and Graham ensure this is joyously watchable throughout – despite occasional moments feeling slightly too tame.