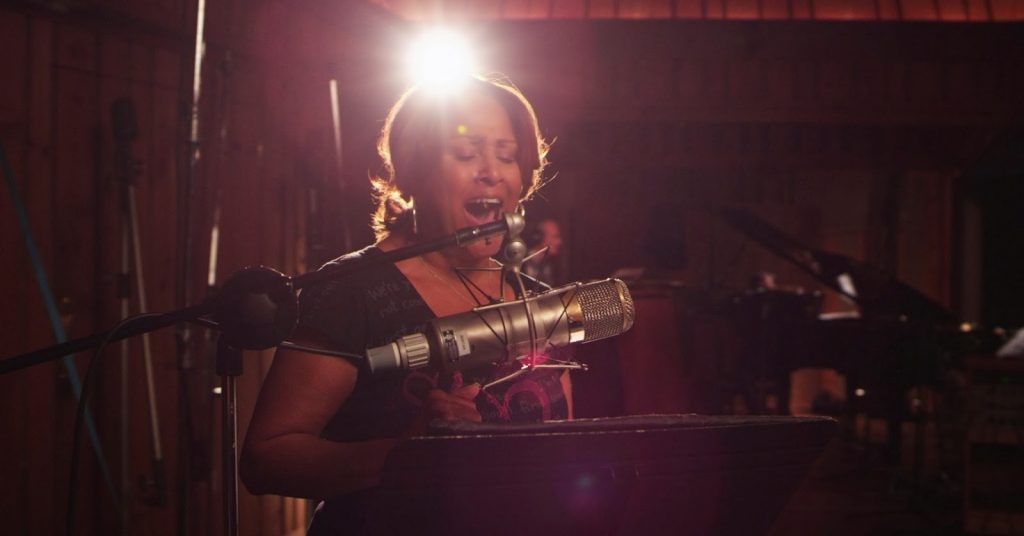 20 Feet from Stardom has already taken the US by storm and will be battling it out in the documentary category at this year’s Academy Awards – and deservedly so. This is a warm and consistently entertaining look at the unsung heroes of popular music who deserve their time to shine.

Directed by Morgan Neville, 20 Feet from Stardom takes a look behind the scenes at the life of a backing singer. The feature is comprised of interviews with notable backing-singers Darlene Love, Tata Vega, Gloria Jones and Lisa Fischer, as well as their A-List collaborators like Bette Midler, Bruce Springsteen and Mick Jagger – whilst covering the changing history of the profession and its delights and disappointments.

The documentary is structured around a brief history of the backing singer from the late forties to present day. Neville explores how the profession was mainly filled by white women who would read their lyrics alongside artists like Perry Como. However, the documentary really picks up as it delves into the arrival of rock music where we see the a change in dynamic, where big-voiced soulful gospel singers arrived on the scene accompanying the likes of Joe Cocker and the Rolling Stones.

However, the real delights of 20 Feet from Stardom lie in its warm and vibrant contributors. The stories of the likes of Darlene Love are ones that deserve to be told: Love was signed to Phil Spector’s imprint where her records were unfairly sold as The Crystals and subsequently became hits for the lip-synching girl group whilst Love remained anonymous. Neville takes a look into the ups and downs of the profession: from working with some of music’s finest from David Bowie to Michael Jackson, yet standing in the background suppressing a desire to be front of stage or having to take thankless jobs due to a lack of work available. The documentary ensures that the real importance of the backing vocalist is brought to our attention – with many pointing out that the hooks that they delivered are mostly the ones that people sing along to.

Neville also takes a look into the respective disappointments of these women’s solo careers, where record labels showed a clear lack of interest. Perhaps the saddest of these explores how vocalist Lisa Fischer would win a Grammy with her debut solo album, yet be quickly dropped due to label politics. Fortunately 20 Feet from Stardom serves as a showcase for the vocal talents of these performers, featuring a mix of new performances and archive footage. New renditions of the likes of Lean On Me and Nobody’s Fault But Mine ensure that the soundtrack is a much purchase.

20 Feet from Stardom is an enlightening look at these larger than life divas who deserve their time to shine, whilst also giving us a fresh look at the ups and downs of back-up singing. It is packed with a vibrant warmth, humour and big voices.