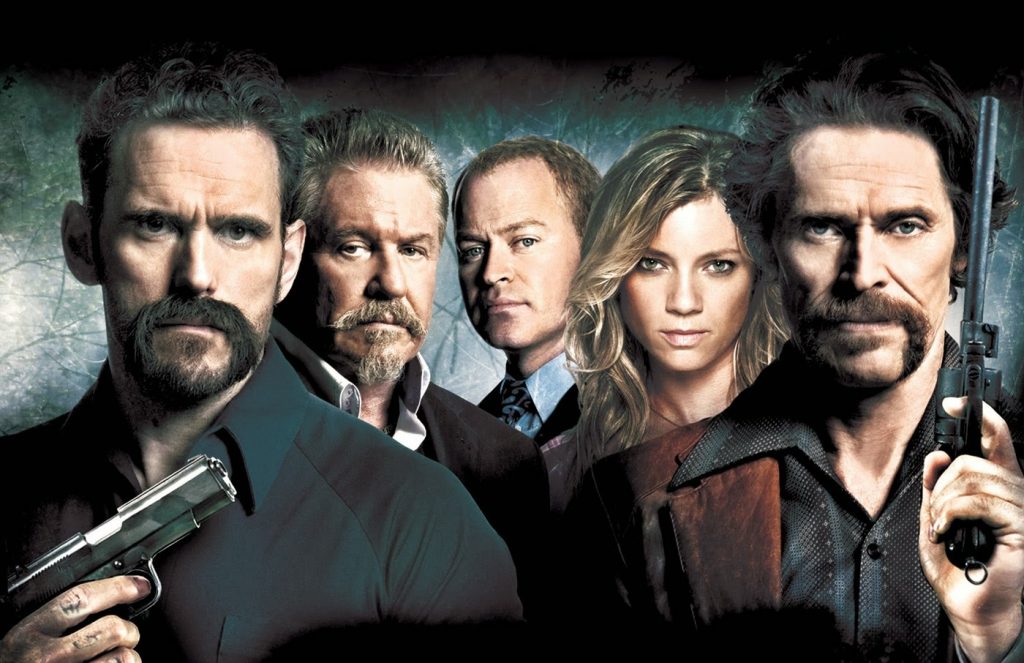 A film like Bad Country would have been a shoo-in for a cinematic release back in the nineties when stars Matt Dillon, Willem Dafoe and Tom Berenger were in their prime as leading men. However, regardless of how fickle Hollywood is, these stars have been welcomed into the straight-to-DVD realm with open arms. Here they team up with late Boondock Saints producer, Chris Brinker, in a feature which sadly marks his first and final picture.

It is important to approach a film like Bad Country with realistic expectations. This isn’t a $200 million action picture and fans of straight to DVD cinema are likely to appreciate this. This is perhaps the reason that most of the film is spent in prison boardrooms, Weiland’s house or Lutin’s hideout with a heavy emphasis on flat dialogue. These scenes (whilst some are necessary) drastically slow the pace of Bad Country, leaving the film to pick up through its action sequences. Brinker has a keen eye for a strong set-piece with the film’s shoot-outs feeling crisp and brutal – none more than the tense raid on Lutin’s warehouse in the final act.

Bad Country is light on atmosphere which is disappointing given the dark Southern setting – we see little more than an odd shot of a gator in a swamp. Perhaps Bad Country could have gained more character had it emphasised the swampy noirish characteristics that regularly come with the setting (think Night of the Hunter or even The Paperboy). The 1980s setting could also have been embraced further – it seems that the only commitment to period detail comes in the form of Dillon’s handlebar moustache.

The film’s saving grace is its performances, and whilst every one of the cast has had far superior roles – they respectively manage to elevate the material through charisma alone. Dafoe brings a wild-eyed magnetism to the gritty cop role, whilst Dillon is the likeable criminal that puts his family first. However, it is Tom Berenger that serves as chief scene-stealer here, with the actor approaching the role as if he was playing Colonel Sanders on crack.

There is a lot of lost potential in Bad Country: an increase in atmosphere and action scenes would not have gone a miss. However, it is a quick watch that does somewhat absorb, primarily through an impressive cast.