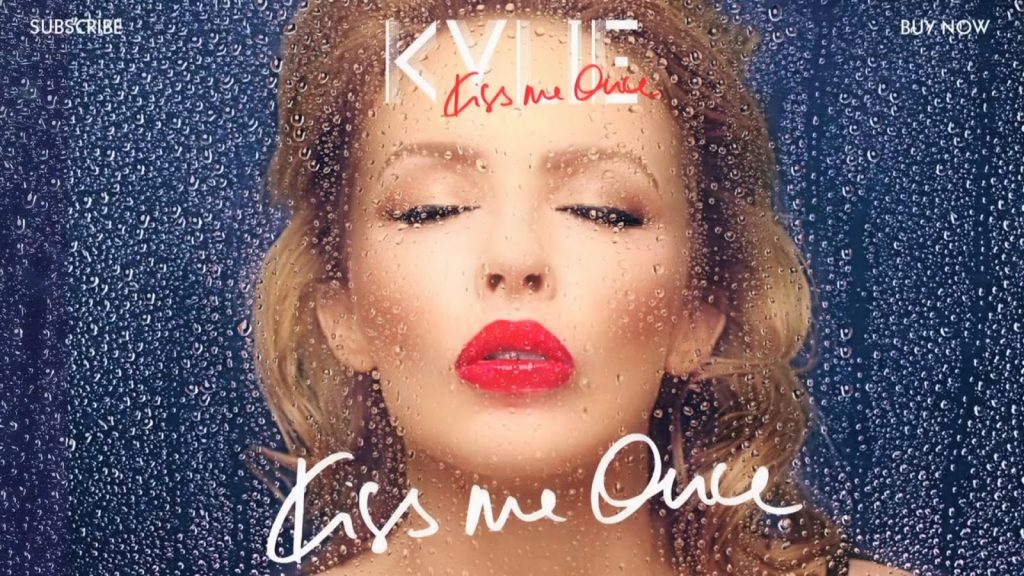 I cannot deny that I experienced a moment of sheer panic when I heard that Kylie had signed to Jay Z’s Roc Nation label. My mind was filled with horrible visions of Kylie doing hip-hop tracks packed with every rent-a-rapper from Meek Mill to J. Cole. These fears soon disappeared when Into the Blue, the first cut from new album, Kiss Me Once, was launched online in January. This slice of euphoric pop reminded us that Kylie will always be a goddess in the world of pop music, with Kiss Me Once firmly reassuring us that this is an artist who continually betters herself and repeatedly delivers exactly what her fans want.

Filled with enthusiasm and vibrancy, Kiss Me Once has an undeniable freshness that still retains that fun-loving, catchy Kylie quality. The singer and executive producer Sia have assembled an array of the finest contemporary producers from Pharrell Williams to Cutfather, delivering healthy doses of satisfying pop that straddles the lines between pulsating electro, glamorous disco-funk, sultry R&B whilst always staying chart-friendly.

Les Sex is a classy dance-pop anthem packed with the classic addictive energy of a Europop anthem. Kylie belts out the earworming chorus ‘Les love, les sex, les lo-oh-oh-oh’ marking the GoodWill & MGI produced track as an unfaltering album standout. It is also a joy to see the singer embrace the current trend of modern disco-funk with the Pharrell produced I Was Gonna Cancel. Again addictive hooks are out in full force here with the line ‘Unless you go, go, go go!’ standing out against the smooth funky production.

The sole vocal collaboration of the album sees the singer team-up with Enrique Iglesias on a gorgeously underplayed vocoder-ballad Beautiful. Iglesias packs his vocals with a charismatic Latin flair which perfectly compliments Kylie’s warm, heartfelt delivery.

The gradual mid-tempo build to the euphoric chorus of Feels So Good makes for a modern chill-out anthem which sticks true to Tom Aspaul’s original verison. Title track Kiss Me Once is another mid-tempo electro track which stand out through its gorgeous subtlety, showcasing Kylie at her vocally strongest in its emotionally-charged chorus.

Million Miles, Fine, and Sexy Love hark closer to Kylie’s Aphrodite era – boasting a completely likeable upbeat pop sound that could serve as an extension to previous tracks like Can’t Beat That Feeling and Get Out of My Way. Whilst these track may not stand out much early on, I suspect they will come into their own with repeated listens.

The only misfire on the album comes in the form of R&B track Sexercize. Filled with distracting vocal effects and slow dubstep breaks, it also doesn’t help that ‘sexercise’ is an incredibly nasty sounding word – and used continually throughout the track.

Kiss Me Once arrives at a perfect time, the start of Spring. This palette of upbeat euphoric pop is filled with a vibrant energy and freshness – the sort of album that showcases Kylie what appears to be her happiest and most carefree.


Kiss Me Once can pre-ordered now prior to its Monday release.