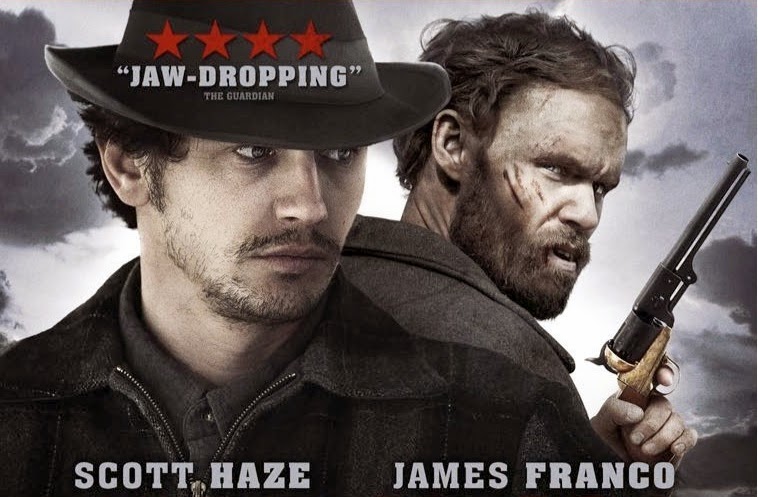 James Franco is a man with many strings to his bow – and this is something that seems to irk a lot of people -why? I don’t know. He’s turned in mesmerising performances in the likes of Milk and Spring Breakers, penned the charmingly earnest Palo Alto and directed such features as The Broken Tower and As I Lay Dying with a passionate energy. Franco’s latest (of many upcoming) directorial features, Child of God, sees him revisit similar grisly themes to Faulkner’s As I Lay Dying in this adaptation of Cormac McCarthy’s 1973 novel of the same name.

This 1960s set tale takes us to the mountains of Tennessee where Lester Ballard (Scott Haze) lives on the fringes of a small rural society. Dispossessed and violent, Ballard sinks into a world of depraved crime and feral degradation alerting the suspicions of the nearby town.

Franco’s passion for the source novel is staggeringly apparent from the onset, this is a feature that lives and thrives on the murky horrors found in McCarthy’s dank Tennessee wilderness. The young director packs this tale with a visceral realism – much of which comes from the raw period atmosphere channelled through the brown soiled Tennessee woodland setting. By filling his feature with refreshing stylistic devices including anonymous narrators, on-screen source quotations, and the division of this tale into three acts – Franco manages to craft an inventive work that feels befitting of the bleakly classic period in which it is set, yet refreshingly original within the climate of modern arthouse cinema.

Franco taps into the traditional Southern Gothic themes of the animalistic darkness that lurks within the human psyche – channelled through Ballard’s continual regression. Ballard makes for a fascinating protagonist and McCarthy gives Franco a lot of ideas to play with – Ballard’s isolation leads to paranoia (we see him turn against stuffed animals who he believes are conspiring against him) and necrophilia, after stealing the corpse of a young woman found dead from carbon dioxide poisoning (the full horror of which never seems apparent to the unhinged drifter). There is no attempt for the audience to level with Ballard – instead we are boldly faced with watching his small traces of humanity withering away into an animalistic darkness.

Scott Haze brings a ferocious intensity to Ballard, one completely befitting of the character’s feral nature. Ballard’s heavy-set gaze usually signifies that he’s going to fuck, kill, or eat the subject – and Haze makes this apparent through a wild-eyed energy and frantic body language.

Whether this is a film that can be liked or not is another question, but there is no doubt in the fact that Child of God is a darkly engaging and boldly uncompromising glimpse into a world of visceral Southern Gothic horror.

You can pre-order the DVD here.