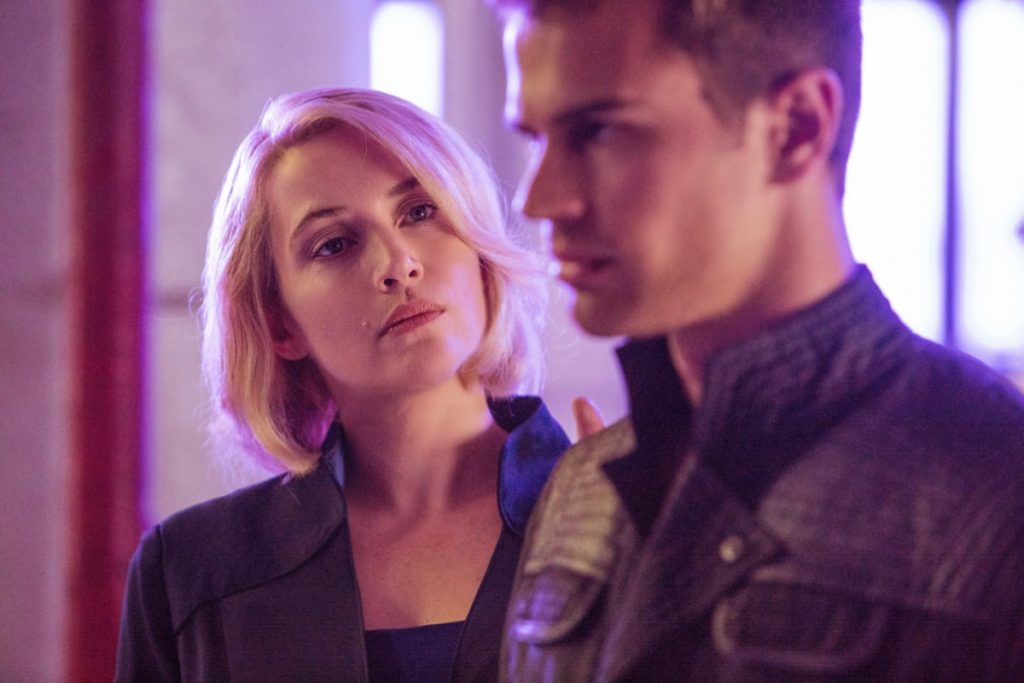 Starting a young adult film franchise appears to be a challenge these days – something that is apparent through such cinematic misfires as Mortal Instruments: City of Bones and Beautiful Creatures – films which failed to match their literary counterpart’s success. When things do go to plan (see The Hunger Games) studios can find themselves in control of a monumental cash-cow. Aspiring for such things is Lionsgate’s Divergent – a YA science-fiction romance based on Veronica Roth’s dystopian tale.
Set in a post-war future where citizens are divided by their personality attributes and virtues, Neil Burger’s feature follows Tris (Shailene Woodley), a young woman who fails to fit into any of the assigned categories and falls into a hunted group known as Divergents. Divergents free-will is a threat to Government control (headed by Kate Winslet) and Tris finds her life at risk.

Perhaps in a bid to replicate its success the team behind Divergent have studied The Hunger Games and the young adult genre a little too closely. This results, for the most-part, in a film that appears to have no distinct personality or atmosphere of its own. Scenes which see Tris and love-interest Four (Theo James) face their fears in a nightmare simulator mimics The Hunger Games’ booby-trapped battle scenes, the training sequences feel like those of Ender’s Game and surprise surprise, The Hunger Games, and ultimately the corrupt Government angle – well, that has been done in every sci-fi film produced – including, yes, The Hunger Games.

Evan Daughtry and Vanessa Taylor’s screenplay spends three-quarters of its narrative on set-up which ultimately makes Divergent a wholly unfulfilling watch. Too much time is spend establishing the division of the citizens (which is a rather lame concept) and the training rituals of Dauntless (the sect that Tris reluctantly assigns herself too). The narrative picks up in its final act, but this feels too little too late to improve on the previous limp proceedings.

Woodley is one of the few saving graces of Divergent – with the actress bringing a real spirit and personality to the role of Tris – her determination always convincing. Theo James does well in the blandly hunky love interest role, whilst Kate Winslet is joyously bitchy as scene-stealing, corrupt Government official Jeanine Matthews.

There is a well-intentioned message about not conforming (ironic considering Divergent’s conforming to every YA trope in the genre) and it is likely to prove an inoffensive watch for the novel’s readership. However, other viewers will be deterred by the film’s slow-pacing and lack of originality.