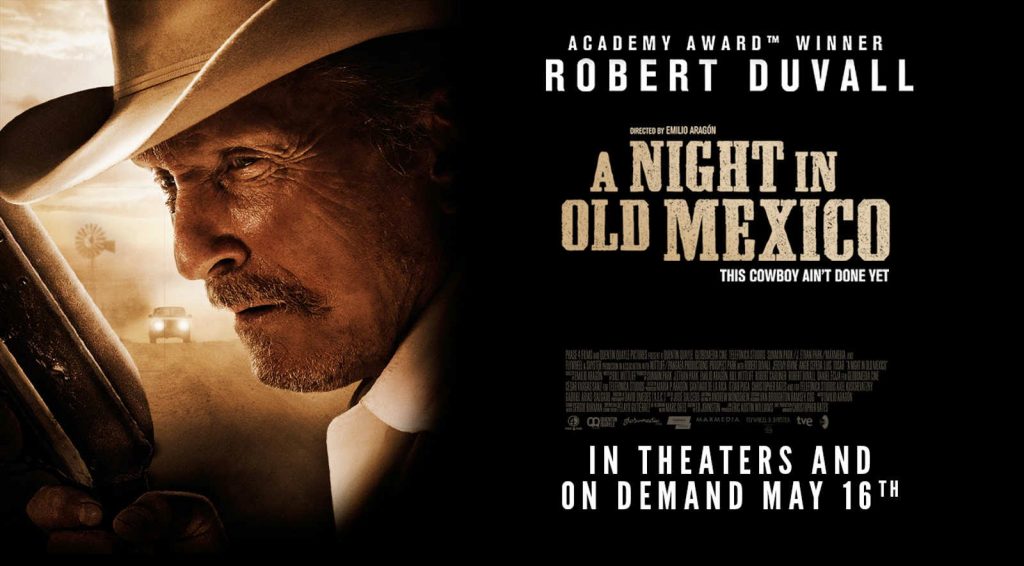 It’s always a delight to see a veteran star break free from supporting roles and come back with an outstanding lead – see the late Peter O’Toole in Venus or Christopher Plummer in The Man in the Chair. Now it’s the turn of eighty-three year old Robert Duvall who’s causing chaos down in Mexico.

Starring in A Night in Old Mexico, Duvall plays Red, a cantankerous old Texas rancher who loses his land and is on the verge of living in a trailer park. However, Red looks for one last adventure, opting to join his estranged grandson for one night of frenzied mayhem in Mexico.

Duvall is a marvel to watch on screen and Emilio Aragon’s film looks like it has struck a good balance between good-hearted drama and high-octane thrills.

A Night in Old Mexico hits theatres and VOD on May 16 in the US. UK dates to follow.