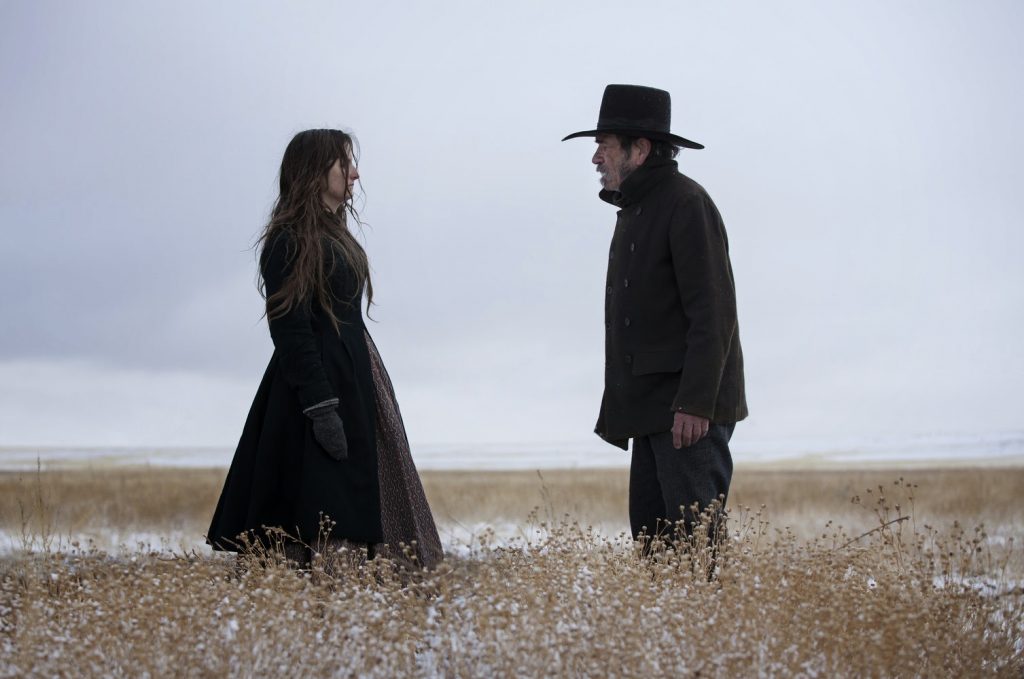 Tommy Lee Jones returns to the director’s chair for his second feature film, The Homesman. Following his critically acclaimed The Three Burials of Melquiades Estrada Jones once again heads back to the Old West and is joined by some famous faces including Hilary Swank, John Lithgow, William Fichtner and Meryl Streep.

Based on Glendon Swarthout’s novel, The Homesman sees Jones star as a claim jumper who teams-up with a young woman (Hilary Swank) to escort three insane women from Nebraska to Iowa.

If Jones has captured any of the magic of his 2005 feature The Three Burials, then The Homesman looks set to be an outstanding watch.
The film will premier at the Cannes Film Festival in May and is on track for an October release in the USA. International dates to follow.