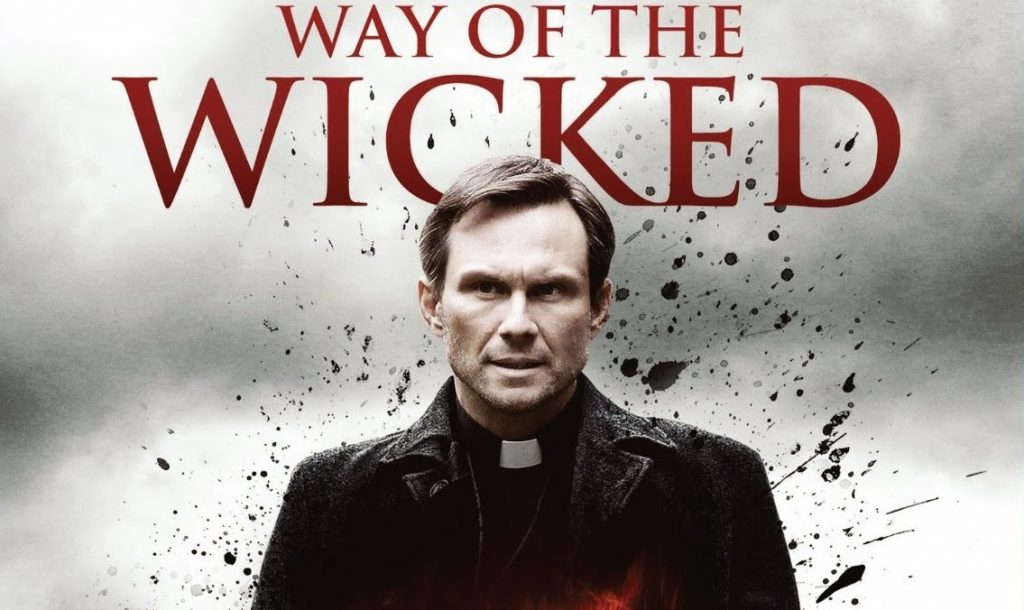 It’s the collaboration of the year, no, not the reunion of De Niro, Pacino and Scorsese, but the first team up of Christian Slater and Vinnie Jones. The two DTV favourites unite for upcoming horror Way of the Wicked – which is essentially Carrie with a male protagonist.

Image Entertainment tells us: “After a series of inexplicable murders sweeps a small, isolated community, Father Henry (Slater) goes to a local police detective (Jones) with a theory on why the murders are occurring. The two learn that a troubled teen with a dark past has recently moved to town and has set his sights on the cop’s beautiful, young daughter. Father Henry, who turns out to have secrets of his own, finds himself pitted against a demonic force more diabolically evil and twisted than any of them could have imagined.”

Like most of Slater and Jones’s straight to DVD output, Way of the Wicked looks like simplistic fun. Providing the two get a decent amount of screentime (which, let’s be honest, is unlikely) then this might be worth a watch.
Way of the Wicked hits DVD and BR on May 20.