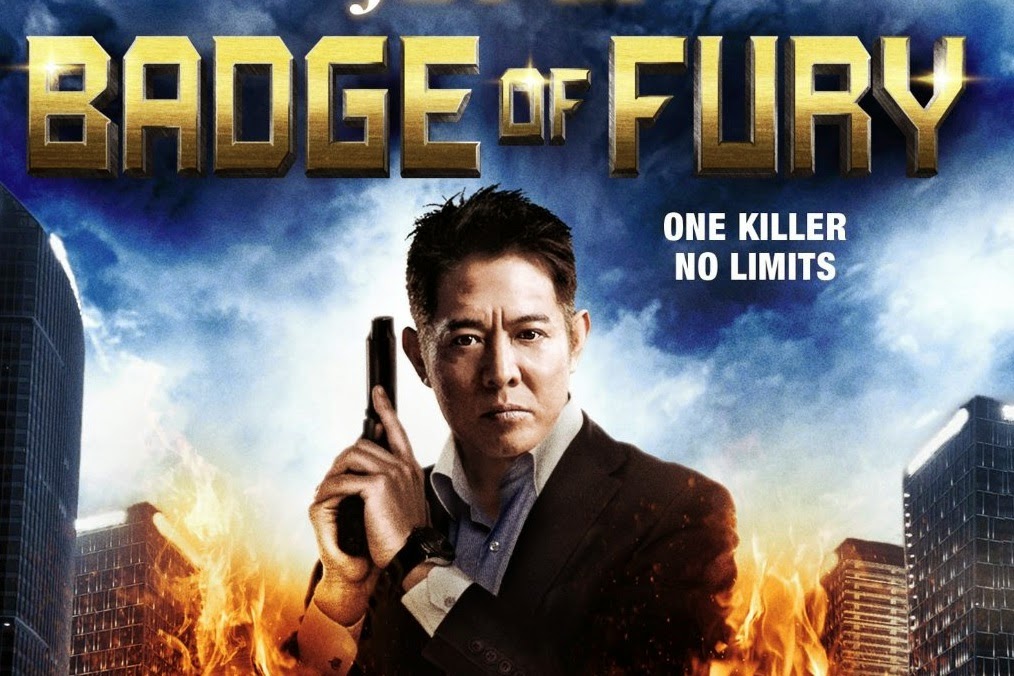 In recent years fans of Asian action cinema have had their patience tested by the latest releases of former icons of the genre: Jet Li and Jackie Chan. From ropey historical epics to dull slapstick affairs, these ageing stars have not exactly been producing their finest work. After its summer 2013 release in China, Jet Li’s latest feature Badge of Fury finally makes its way over to the UK, but I’m not entirely sure that it should have bothered.

After a series of murders that leave victims with an eerie smile across their face, Hong Kong police officers are set on the case. Detectives Wang (Zhang Wen) – a young and reckless cop – and Huang (Jet Li) – a grizzled older cop, eventually discover that the victims are former boyfriends of aspiring starlet Liu (Liu Shishi) and hope to get close to the performer to aid their investigation.

It should be noted that Li takes a back seat here and does not get a huge amount of screen time – leaving most of the action centred work to his younger co-stars. Whilst this will ultimately be disappointing to fans of Li, this appears to be a good move on the actor’s part – taking less involvement with this shallow comic-action caper. Fans of Li will be further disappointed by the grating Zhang Wen’s lead role, who makes for an infuriatingly unlikeable lead.

Drawing inspiration from the likes of Kung Fu Hustle and the classic eighties Hong Kong action film, Badge of Fury feels like a muted imitation of these. Stunts barely raise an eyebrow and appear to constructed with unrealistic wirework, with Tsz Ming Wong’s direction taking on no real life or spark of its own.

The narrative lacks any real depth and is generally too silly to be taken seriously, which furthers the lack of urgency in the bland action scenes . This is humour at its most shallow and basic, with no genuine wit or brains behind the mindless crude and slapstick gags.

With a plain silly narrative and mindless humour, bland action sequences and generic direction, Badge of Fury is a real disappointment. Things perk up slightly when Li graces the screen, but these moments are few and far between – leaving the, quite frankly, annoying younger cast to run amuck. This is likely to be remembered as a sour footnote in the martial artists otherwise mostly impressive filmography.

Also featured on The People’s Movies