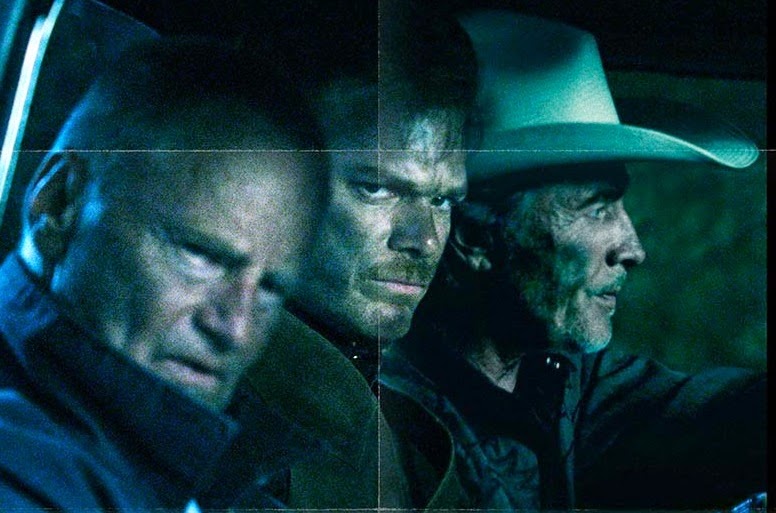 Cold in July has quickly become one of our most anticipated features of the year. Not only is it helmed by We Are What We Are’s Jim Mickle, but it features two of our favourite elder statesmen of Hollywood: Sam Shepard and Don Johnson, not to mention the always excellent Michael C. Hall.

Based on the novel by Joe R. Lansdale, Cold in July sees a man (Hall) protect his house by shooting an intruder – however it is soon unveiled that shady police antics have resulted in the bodies being switched – implying that he has killed an entirely different person. The recently paroled father (Shepard) of the new ‘vicitm’ soon comes seeking revenge.

Cold in July looks like a dark and undeniably tense watch, and we’re especially excited to see the great performances that these stars will undoubtedly provide. I mean, who doesn’t want to see Don Johnson and Sam Shepard as a pair of Texas badasses.

Cold in July hits UK cinemas on June 27, after its limited US release on May 23.