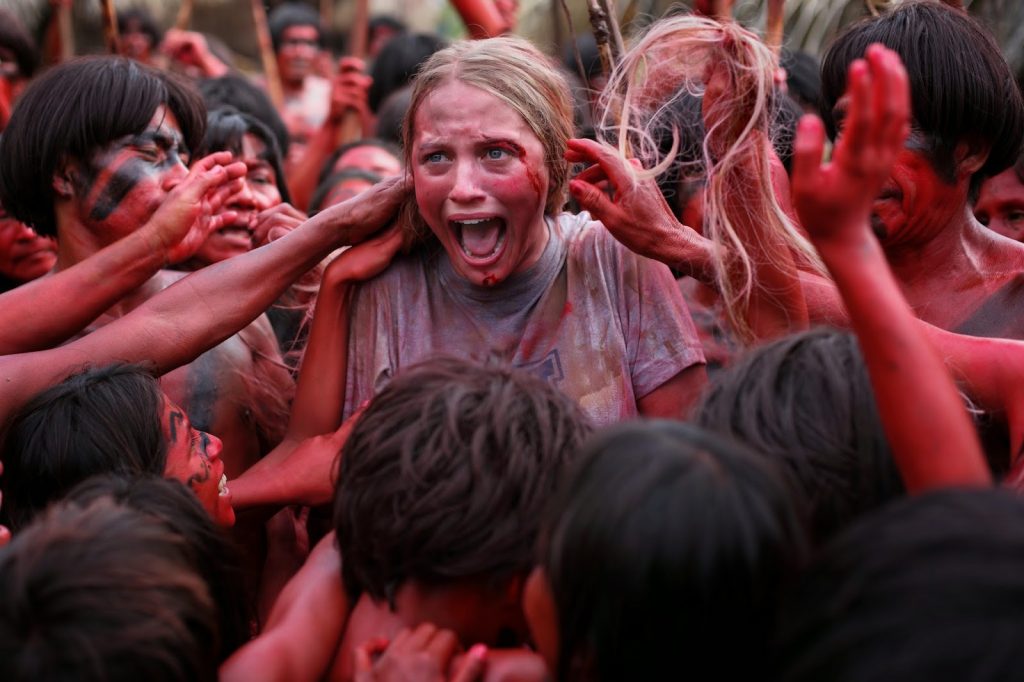 What better way to celebrate the start of the Easter weekend that taking a look at Eli Roth’s upcoming cannibal picture The Green Inferno. The film pays homage to the popular video nasty cannibal films of the seventies and eighties popularised by Italian filmmaker Ruggero Deodato – the man behind Cannibal Holocaust.

The Green Inferno follows a group of student activists travelling from New York to the Amazon to save a dying tribe – however, after their plane crashes it is the students that need saving.

Whilst we don’t get too much of a glimpse into the film’s narrative from the trailer, what we do see looks particularly creepy – a blood painted tribe preparing some for of sacrifice. Early responses from the Toronto Film Festival have been mixed – but we’re eager to see this regardless.

The Green Inferno on 5 September 2014. UK dates to follow.