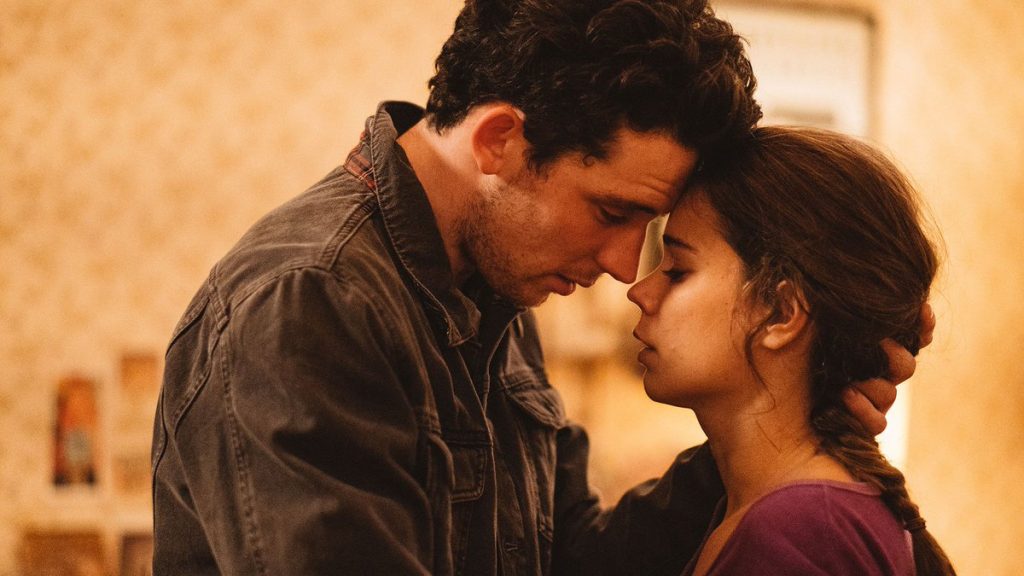 Josh O’Connor and Laia Costa lead romantic drama, Only You, from writer-director Harry Wootliff. Exploring the challenges of modern love and romance, Wootliff’s narrative dips into the struggles of starting a family when natural biology is against you. The fiery chemistry between O’Connor and Costa ensures that narrative delivers the necessary emotional punches, despite a somewhat sluggish middle act which lessens the film’s impact.

Opening in Glasgow on Hogmanay, a chance encounter between thirty-five year old Elena and twenty-six year old Jake leads to a quickly-paced romance. After moving in together within a matter of weeks, talk quickly turns to beginning a family. However, a struggle to conceive leads the pair down a path of frustration, IVF attempts and continued emotional strain which begins to take its toll on their relationship.

Wootliff’s narrative avoids the trappings of the contemporary romance film which seems to gravitate to the world of social media and online dating – instead there is something quite refreshing in a relationship that develops organically from a chance encounter. From their initial meeting (a row over who was first to flag a taxi), the relationship between Elena and Jake is sharp and fiery – something that becomes an intoxicating viewing experience as the couple passionately make their journey together. This is channeled through bold turns from O’Connor and Costa who share a natural chemistry and capture the various tangents of love and romance – from its early blossoming to the darkest depths of heated arguments and explosive rows.

Much of the narrative draw of Only You comes through the perceptions the protagonists share regarding their age gap. The nine years between them is an unnerving undercurrent that bubbles throughout Elena’s mind – something that is only heightened by her failure to conceive when she and Jake decided to begin a family. This struggle begins to drive a wedge between the couple – with Elena surrounded by friends with children, only heightening the tension she already feels which is directed towards Jake. Her insecurities soon lead to fears that he will leave her for a woman closer to his own age – yet Jake has no desire to do so.

Whilst the initial blossoming romance makes for heartwarming viewing thanks to excellent turns from the leads, the second act feels slightly stuck in a repetitive rut. This romance turns to mechanical sex, IVF meetings and multiple scenes of Elena gazing longingly at her friends with their children. Rows and tension soon fill the final act – turning a somewhat heartwarming piece into a bit of a morose slog where you’ll be screaming “You’ve got a boyfriend who adores you, snap out of it!”

At its best Only You is heartwarming viewing that excels thanks to O’Connor and Costa, who are just about enough to keep afloat during the middle act’s sombre, jarring tonal change.