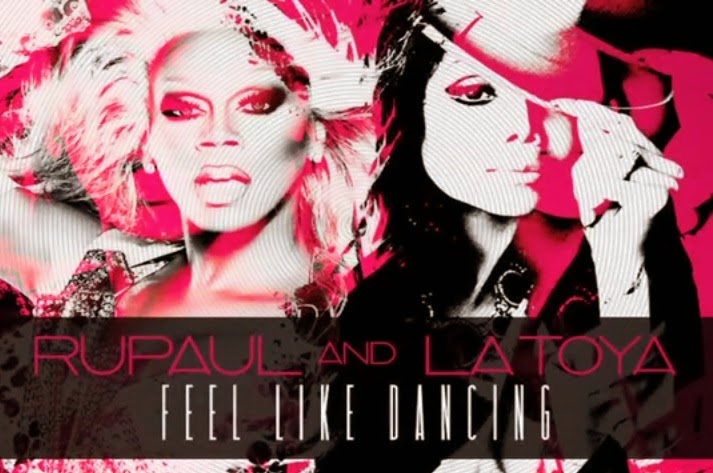 If we could pick any fault with RuPaul’s most-recent LP Born Naked – it would most likely be that the track-list was too short. Ten fabulous tracks is by no means stingy but when it’s RuPaul, we are of the attitude the more the merrier.

However, it has recently come to light that America’s Ultimate Drag Superstar will be re-releasing the LP this Tuesday and that it will feature the eagerly anticipated Feel Like Dancing which is a duet with musical superstar La Toya Jackson. Whilst other details about the re-release are thin on the ground (Feel Like Dancing is the only track we know about), the rest will all become apparent by Tuesday’s release.

This is great news for both RuPaul fans and of course fans of La Toya who are eagerly awaiting the release of the most-loveable Jackson’s newest solo single Feels Like Love, long-awaited final studio album and second season of reality TV smash Life With La Toya.

Keep up to date with La Toya’s upcoming projects through the Church of La Toya. Thanks for the image and track preview.