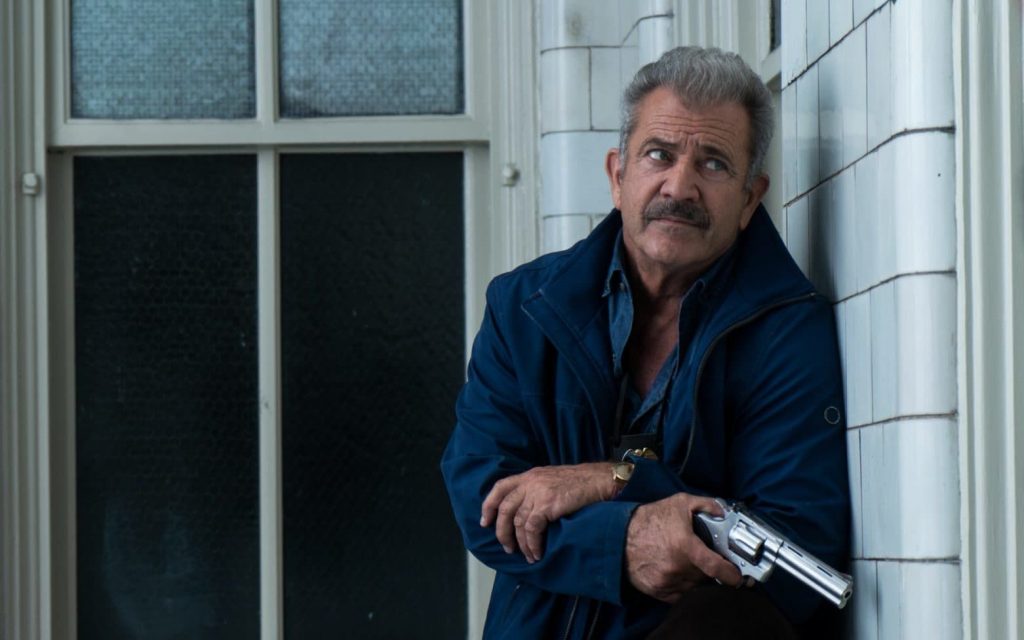 S. Craig Zahler’s name was one that adorned the lips of many a genre fan after his blisteringly intense Western Bone Tomahawk hit screens. Zahler continued to showcase an eye for thrilling cult cinema when he made cellblock actioner homage Brawl in Cell Block 99. Now he turns his attention to hard boiled crime noir in Dragged Across Concrete which he writes and directs.

After footage of their rough takedown of a drug dealer goes viral, old school cops Brett Ridgeman (Mel Gibson) and Tony Lurasetti (Vince Vaughn) find themselves suspended for six weeks. Ridgeman’s personal circumstances push him into the criminal underworld as he attempts to infiltrate a criminal gang’s plan for a big score. However, a routine dodgy deal soon snowballs into a world of bloodshed and betrayal.

At a lengthy two hours forty minutes, Dragged Across Concrete saves its violence and exploitative genre traits for short bursts throughout – until gradually building to the film’s long-awaited bloody crescendo. As this builds, the tone of Dragged Across Concrete is surprisingly mellow – shot with a muted pale colour scheme, Zahler’s film adopts a blackly comic tone as Ridgeman and Lurasetti reminisce a time before political correctness where they, as relics of a different time, come roam free and dish out a more rough justice. Despite attempting to approach this with some sense of self-awareness, it is not always inherently apparent, something that perhaps should be given Gibson’s infamous past.

Zahler’s screenplay is impressively crafted and establishes a backstory for each of the characters before they get entangled in the snowballing drama – from Gibson and Vaughn’s anti heroes to supporting roles like Jennifer Carpenter’s bank teller and Tory Kittles’s hired henchman. Whilst some will appreciate this insight into the emotional dynamics of the smaller characters – with a run time that could be described as sprawling, one does ponder whether knowing Carpenter’s teller was a woman struggling upon her return to work after maternity leave, is entirely relevant. Cameos from genre favourites Don Johnson, Udo Kier and Michael Jai White are enjoyable – but like Zahler’s previous collaborations with the first two, will leave you wanting more.

Gibson and Vaughn are a watchable combination with the two worn down cops driven by a sense of injustice towards their treatment, providing quite an enjoyable gritty angle for each actor to play with. Zahler’s dialogue is delivered with a somewhat intentional mechanical quality – Ridgeman’s obsession with converting everything into percentage chances or Lurasetti’s awkward catchphrases – only adding to the unique cult tone and and appeal of Dragged Across Concrete.
The final hour or so provides some satisfyingly crafted hard boiled action with all the film’s loose narrative threads linking up in a tangled explosion of bullets and bloodshed. This is perhaps too little too late, with the building slow burn style of Dragged Across Concrete likely to have already lost the patience of some audience members.

Dragged Across Concrete pays fitting homage to the classic hard boiled exploitative crime B-movie, but tighter narrative editing – realising there are some stones that do not necessarily need to be turned – may have benefited the film’s sprawling run time and allowed a sharper focus on the entertaining pulpy elements of the film.