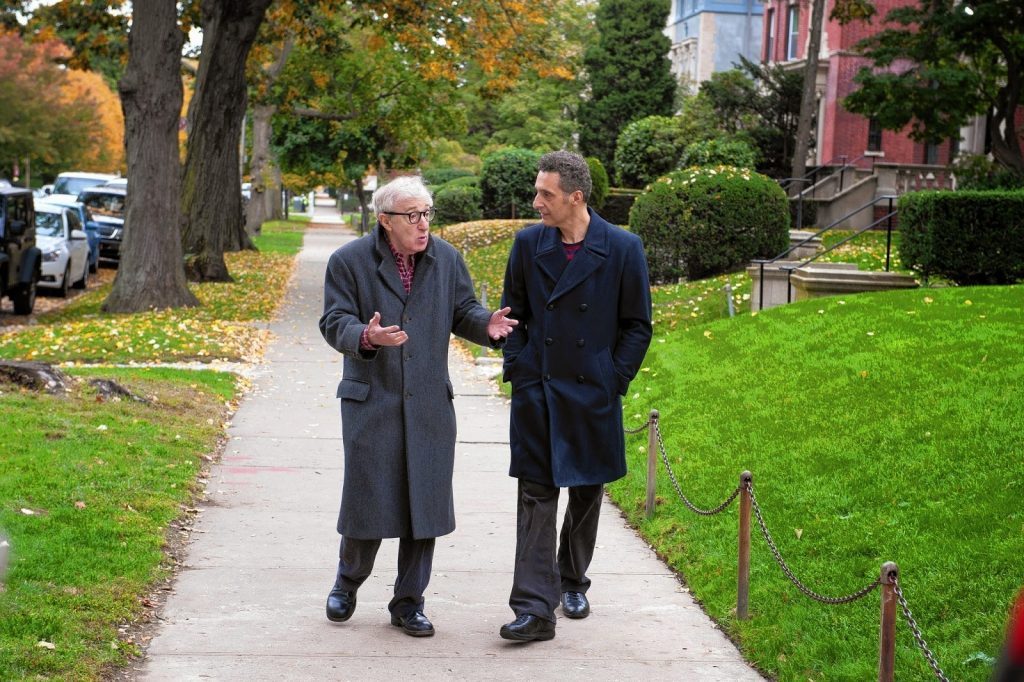 On paper, Fading Gigolo, a New York set comedy starring and directed by John Turturro and featuring such talents as Woody Allen, Sharon Stone and Sofia Vergara had the potential to be a little slice of heaven. In reality, it is a messy homage to Allen’s work that feels more like Anything Else than Annie Hall.

Turturro casts himself in the role of financially struggling florist, Fioravante, who is persuaded to pimp himself out by his friend Murray (Allen). After much success at his newfound profession, Fioravante soon finds himself struggling (both emotionally and under the sheets) as he develops feelings for a potential client (Vanessa Paradis).

Turturro’s approach is very low-key with the director resisting the urge to overplay everything from the laughs to his central performance. The Allen-admiring filmmaker fills his picture with a nostalgic soundtrack, quirky and little-seen New York bookshops and florists, and a palette of charming performances. This results in a watch that begins completely breezy and likeable, but soon falls under the weight of its drab, melancholic narrative.

Fading Gigolo is moderately entertaining in its early stages as we see Fioravante interacting with Murray as both come to terms with how mad their plan is. It remains engaging when we see the florist interact with customers such as Dr. Parker (a gorgeous Sharon Stone) and Selima (Vergara), however, Turturro’s feature becomes flat out dull as we are introduced to Vanessa Paradis’s Avigal – a potential client who mourns the loss of her husband. Whilst there is an admirable humanity at the centre of them, these scenes are unspeakably drab as Fioravante tiptoes delicately around the lifeless widow. The lack of energy in these scenes never quite gels with the relatively upbeat tone of Fading Gigolo that we had earlier seen – resulting in a flat, messy watch.

When these lighter moments do pop up again they feel entirely misjudged: from Liev Schreiber’s interfering Jewish neighbourhood patrolman (bordering on creepy) to a council of Jewish Rabbis with mafia-like security who bemoan Murray for comic effect.

The saving grace in Fading Gigolo is Woody Allen who remains a marvel to watch on-screen regardless of how dull or ridiculous proceedings become. Murray is a character free of a moral conscious (best seen when attempting to pimp Fioravante out to a widow) that lights up the screen with his presence.

Fading Gigolo has some nice stylistic homages to Allen, alongside some completely watchable performances but is too tonally misjudged to hit the spot. It’s melancholic romantic subplot drains all the passion and life from Turturro’s feature making this quite a drab watch.