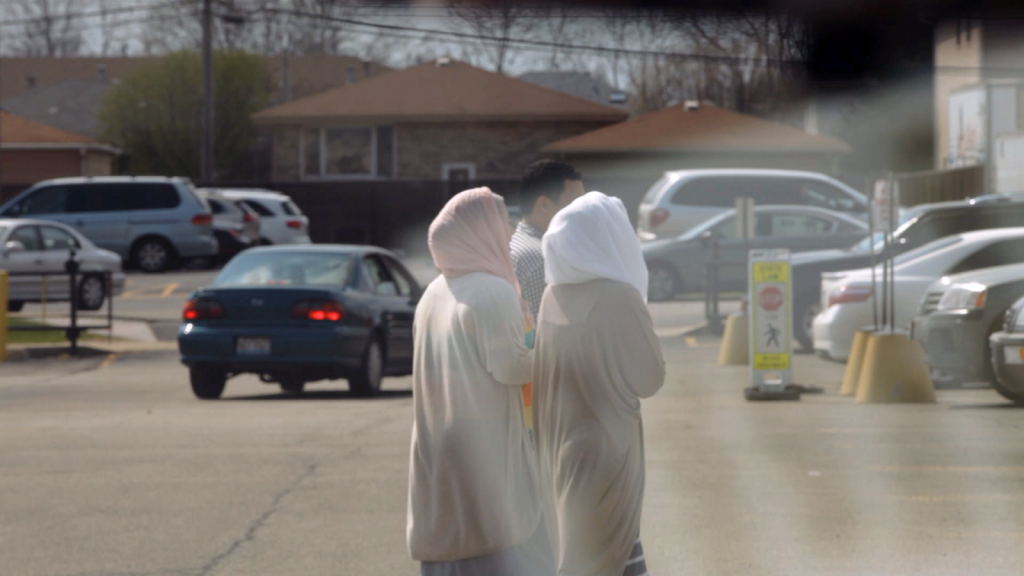 Documentary filmmaker Assia Boundaoui delivers a deeply personal, unsettling account of the scarcely documented surveillance placed upon American-Arab communities. Boundaoui fills The Feeling of Being Watched with her own personal experiences, her families startling encounters with the FBI, and invasive rebuttals from officials with in the Bureau.

Centring on Operation Vulgar Betrayal – a counter terrorism operation launched pre 9/11 and subsequently re-opened after the 9/11 attacks, centred on the surveillance of Arab-American organisations and communities. Boundaoui explores the pressures put on the Arab-American community, whilst also showcasing her frustrations in gaining details from the FBI.

Boundaoui is an incredibly personable presence and sensibly centres herself at the heart of The Feeling of Being Watched. Thee deeply personal side is also enhanced by Boundaoui investigating Operation Vulgar Betrayal with her family. Her mother and siblings detailing their own unsettling experiences of being watched, followed and interrogated by counter-terrorism agents – without due cause, purely because of their race. Therefore, we are immediately drawn into Boundaoui’s investigation thanks to the injustice of it all.

The Feeling of Being Watched dips into the inherent racism at the heart of American’s security system – and how the bureaucratic process is used to mask and make citizen’s right to the freedom of information, hugely difficult. This all just seems even more unjust – given the extent and enduring impact that a lifetime of surveillance has had on the Arab-American community.

Boundaoui has attempted to leave no stone unturned in this expose – and in doing so captures a stellar act against a political systems which depicts itself as patriotic, but are inherently not. References to the work of Foucault in dissecting the psychological effects of surveillance and dipping into Jeremy Bentham’s panopticon style prisons – add further analytical perspective to Boundaoui’s investigation.

The Feeling of Being Watched is a startling but sadly not surprising glimpse into the lingering effects of counterterrorism and America’s bureaucratic process.