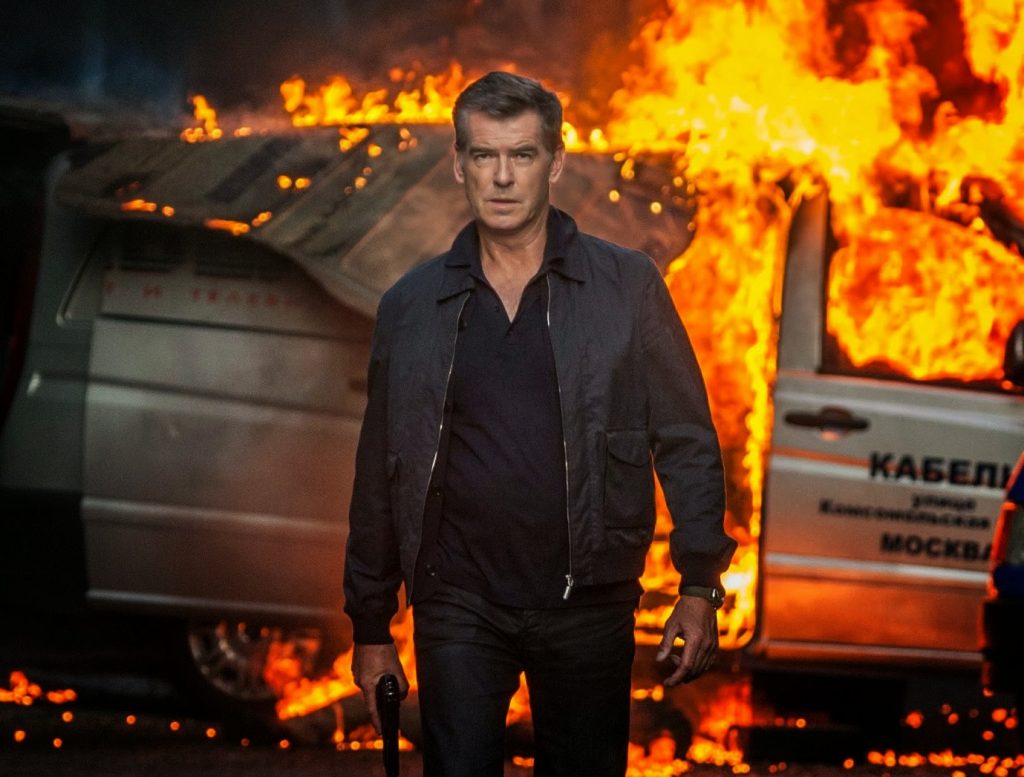 Pierce Brosnan makes an all guns blazing action comeback in The November Man – his first role in the genre since the mid-noughties. Directed by The Bank Job’s Roger Donaldson, The November Man also stars Olga Kurylenko.

Code named ‘The November Man,’ Peter Devereaux (Pierce Brosnan) is a lethal and highly trained ex-CIA agent, who has been enjoying a quiet life in Switzerland. When Devereaux is lured out of retirement for one last mission, he must protect valuable witness, Alice Fournier, (Olga Kurylenko). He soon uncovers this assignment marks him a target of his former friend and CIA protégé David Mason (Luke Bracey). With growing suspicions of a mole in the agency, there is no one Devereaux can trust, no rules and no holds barred.

Whilst The November Man is unlikely to reach the box office heights of Brosnan’s 007 adventures, it appears as if the actor has slipped back into the action genre with ease. As we’ve seen from Liam Neeson and the Expendables crew, ageing action stars are in vogue and we’re sure that sixty-one year old Pierce can still pack a good punch.
The November Man hits cinemas on August 27th.