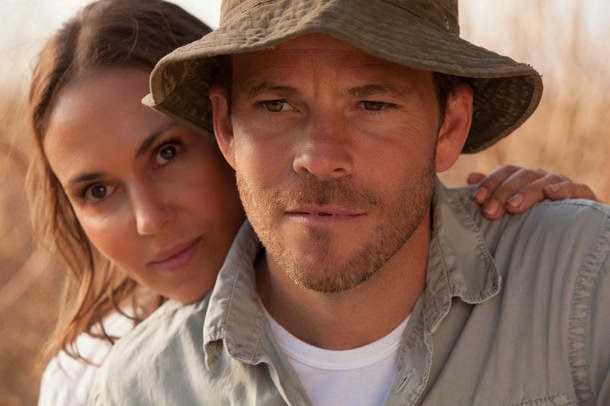 Things have been relatively quiet for Culture Fix favourite Stephen Dorff in 2014. The actor’s 2012 film The Motel Life finally gets its Region 2 DVD release today, but that’s all we’ve seen from him since last year’s Officer Down. However, it seems like he will soon be back on our screens as the actor stars in the upcoming Heatstroke.

On a family trip in the African desert, a research scientist (Dorff) unintentionally travels off course and is brutally murdered by an arms dealer (Peter Stormare). His girlfriend (Svetlana Metkina) is put to the ultimate survival test as she attempts to evade the killers and protect his teenage daughter (Maisie Williams).

Sadly the synopsis reveals that poor Stephen seems to get killed off pretty quickly – but the thought of Peter Stormare royally hamming it up slightly makes up for this.

Don’t worry about his absence, as you’ll be seeing a lot of the actor in the coming year. Dorff has signed up to star in Nick Love’s upcoming superhero flick, he has political thriller Oliver’s Deal coming soon and is also currently taking on a supporting role in upcoming comedy Sex Guaranteed.

There is no UK release date as of yet, but Heatstroke goes to VOD this month in the US.