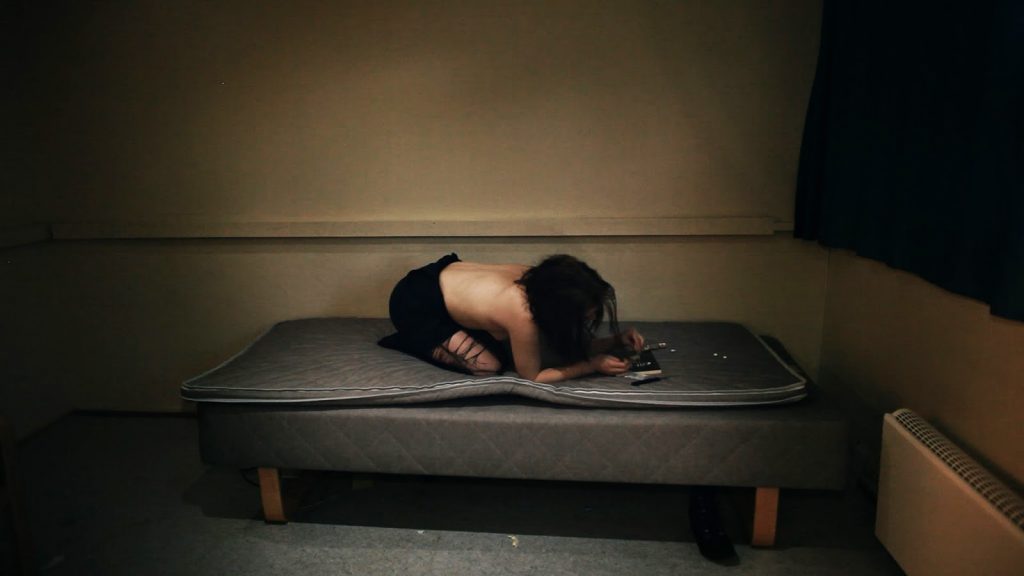 Surely Atlas will be one of the most divisive films of this year’s Edinburgh International Film Festival in its harrowing portrayal of the world of prostitution.

French photographer, Antoine d’Agata directs Atlas, an art project that compiles slow moving images of prostitutes from across the globe who narrate how their profession makes them feel. Atlas ventures to Cambodia, India, Cuba, Ukraine, amongst other locations.

Being completely honest here, after five minutes into Atlas I wanted to leave and I regret the fact that I never (unlike four of my fellow critics in the screening). Of course, anything exploring the dark side of prostitution is unlikely to be a pleasant watch – but Atlas is so aggressively inaccessible and bleak that I found myself ultimately switching off and attempting to occupy my mind by thinking about the other films on the EIFF schedule.

Much of Atlas is soundtracked by a repetitive horrible chanting (that would be more fitting for cult worship) as d’Agata films dimly-lit rooms where various prostitutes either lie during sex, in post-coital shock or in the process of injecting themselves with drugs. Many bruised and scarred as they narrate monologues discussing how they feel no pleasure, would rather die, or would like to slice the skin of their male customers who ‘come and go’ (a repeated phrase throughout Atlas).

Atlas which is described as advancing ‘no political position’ on prostitution, has a great deal to say about the men who frequent these prostitutes. d’Agata presents them in darkened light, hunched over like brutish apes who violate these women. Perhaps this is fitting towards the majority of these men, but it is a grim stereotype to a whole sex. This becomes even more offensive when d’Agata intercuts these shots of men with images of brutal animal attacks and mutilations furthering the connotations of men as savage beasts. Only need to search ‘Antoine d’Agata’ on Google Images to see this position confirmed.

Whilst I know this is not the majority situation, what about the world of escorting where women are considered empowered at this position? Or the women that willingly do this to put themselves through further education? Or those that simply enjoy it? I don’t pretend to be knowledgeable on the subject, but I believe I know enough to know that d’Agata’s undeniably harrowing portrait is not the full story.

The main question that Atlas leaves me with is who will this film will appeal to? I would argue no one.