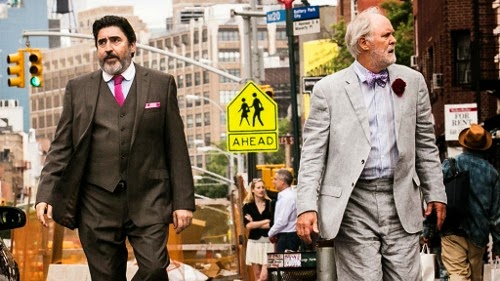 Fresh from its rounds during the festival circuit, Love is Strange looks set to be one of the must see films of 2014.

When Ben (John Lithgow) and George (Alfred Molina) get married, George is fired from his teaching post leaving the two to live separately with friends as they search for a cheaper place to live. However, this begins to take its toll on everyone involved.

Lithgow and Molina are two of the most talented actors working today, so seeing them both return to leading roles under the direction of premier indie filmmaker Ira Sachs is an exciting concept. It is also refreshing to see a love story centred on an ageing couple – let alone a gay ageing couple.