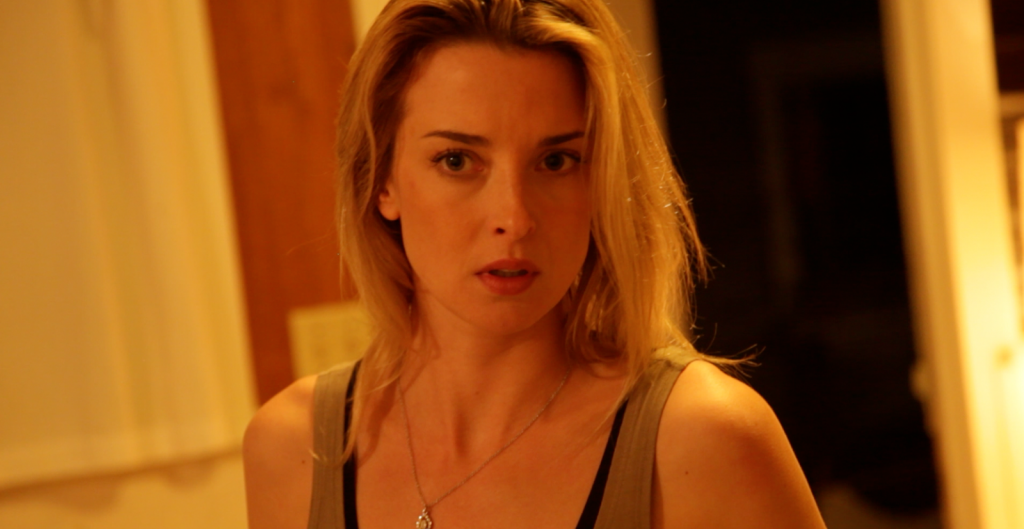 One of the surprise treats of this year’s Edinburgh International Film Festival is low-key sci-fi thriller, Coherence: the sort of film where walking in with no expectations is the best way to approach things (but please do keep reading this review).

James Ward Byrkit’s feature follows a group of old friends whose dinner party is cut short by a power outage, thought to have been caused by the passing of a comet that night. Part of the group ventures across the street to the one remaining house with power where they discover the full psychological horror of their predicament.

Due to the unexpected narrative direction of Brykit’s screenplay it would be unfair to go into the detail of what this horror actually is, so I am going to try and talk about everything that is going on around that in the interest of spoilers.

Dinner parties always make for a great setting in the genre (think You’re Next), especially a heated one like Coherence’s. This environment is filled with back-stabbing, gossiping, tense relationships and alcohol – therefore provides a great way for Brykit to raise paranoia and suspicions amongst the guests when things do start going wrong and tensions flare up. Brykit’s narrative does not only provide a great sci-fi thriller, but a tense character study and the director appears to relish the chance to delve into the psyches of the mixed group of guests, exploring their response to their unworldly surroundings.

Before the horror is revealed, Coherence does a great job at crafting an unsettling foreboding atmosphere. Central character Em (Emily Baldoni) tells fellow guests about the disturbing events that occurred when a comet passed over Finland whilst fellow-guest Hugh (Hugo Armstrong) repeatedly mentions if anything strange happens he has been warned to call his brother. Coherence is unnerving from the get-go, but when the horror kicks off it proves that it is also a highly intelligent and refreshingly original science fiction film.

The narrative of Coherence is always one step ahead of viewers. We begin by trying to piece together the strange proceedings, but will undoubtedly trip up over our own theories – leaving the best solution to simply relax and embrace the twists and turns of Brykit’s script. Coherence is also packed with a variety of conventional yet nonetheless effective horror tropes from sudden power outages to strange knocks on doors and windows – all keeping things suitably creepy. This quick-paced watch is not afraid to laugh at the ridiculousness of some of its themes and Brykit packs Coherence with a self-aware sense of humour that pulses throughout the film

Coherence is an original and consistently entertaining slice of contemporary science fiction. Packed with a variety of thrilling narrative twists, tense character relations and a strong sense of humour, Coherence is a delight.