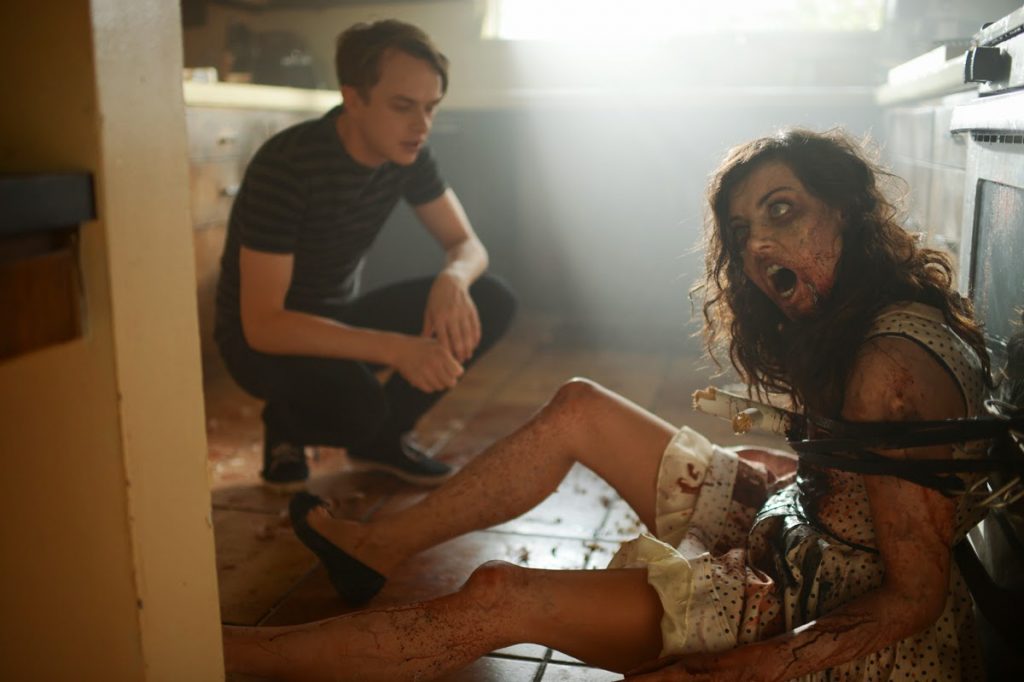 If like me zombie themed romantic comedy Warm Bodies left you as cold as one of the undead stiffs themselves, then Life After Beth is the perfect antidote. The film received its UK premiere at this year’s EIFF and proved itself to be a laugh-filled delight.

Jeff Baena’s Life After Beth follows broken-hearted Zach (Dane DeHaan), distraught after the sudden death of his girlfriend Beth (Audrey Plaza). However, much to the delight of Zach and his former-girlfriend’s parents (John C. Reilly & Molly Shannon), Beth miraculously returns from the dead but gradually becomes more aggressive and er… zombified.

Life After Beth is refreshing as it does not try and present itself as a tale of a post-apocalyptic world filled with zombies or anything hugely unbelievable, instead it sticks to the low-key suburban setting where the zombie element (a.k.a. the return of Beth) is just a bizarre curiosity. In a sense, Baena is simply putting a zombie into the mix of the conventional rom-com and watching the amusing chaos that this situation creates. What results is a original, eccentric and truly laugh-out-loud funny watch.

Most of the thematic weight of Life After Beth is carried by the relationship between Zach and Beth – with the chemistry between the two performers driving the narrative. This is a sweet and convincing relationship, presented by two real talents. DeHaan is a gifted comic star as shown in hilarious scenes where Beth attempts to get close to him whilst he cautiously remarks “Are you sure you’re not hungry?” DeHaan also shines against some of the film’s more regular genre stars from Plaza herself to Curb Your Enthusiasm’s Cheryl Hines, Anna Kendrick, and Parks and Recreation’s very on Gerry, Jim O’Heir (who has a great little cameo).

Plaza is equally magnificent – especially when she gets to turn up the anger and embrace the more zombie-like elements of her character. Beth is the most-likeable on-screen zombie yet, literally breathing sarcastic life into this undead character. Baena chucks in a number of bizarre eccentricities into the zombie mythology – for instance, nothing calms a zombie Beth like smooth jazz.

There is no shortage of gags in Life After Beth from bigger set-pieces to quick one liners and outrageous cameos. John C. Reilly and Molly Shannon are wonderful comic value as Beth’s parents with a phobia of the Z word (“She’s just been resurrected.”), whilst Cheryl Hines and Paul Reiser steel scenes as Zach’s parents. Matthew Gray Gubler adds to the fun as Zach’s gung-ho gun-loving brother, and a cameo from the great Garry Marshall (almost as good as his Hocus Pocus one) takes the laughs to a new level.

Life After Beth is a riot from start to finish. This is a zomcom done right – packed with consistent humour, engaging performances and a subtle sweetness.