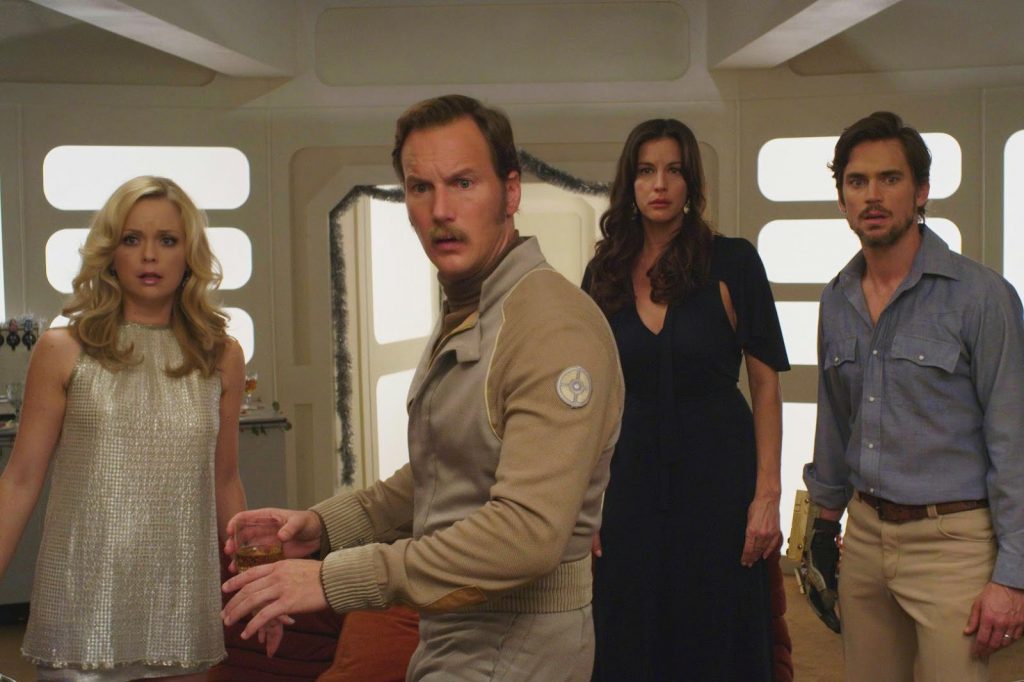 Who is ready for some seventies space kitsch? Well Jack Plotnick’s Space Station 76 – a pastiche of seventies science fiction looks set to deliver.

The official synopsis tells us: Space Station 76 is a comedic drama about a group of people (and several robots) living on a space station in a 1970’s-version of the future. When a new Assistant Captain (Liv Tyler) arrives, she inadvertently ignites tensions among the crew, prompting them to confront their darkest secrets. Barely contained lust, jealousy, and anger all bubble to the surface, becoming just as dangerous as the asteroid that’s heading right for them.


Homages to 1970s space operas aren’t exactly the most common films in today’s cinematic landscape and Space Station 76 looks like an inventive and fun watch. We’re thinking of it a bit like the original Star Trek but with all the characters hating each other. It’s up for debate whether Plotnick’s film will find its audience but with Matt Bomer in a tight-vest we’re sure it’ll please some.